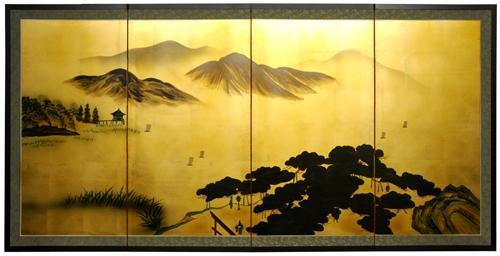 The Way that is not a “Way”

It was in a cold room in a small fort hung on the side of an African mountain. The box before me came from far away: ‘Great Literature of the World’, Unesco. In my hand was a strange paper back, the translation of something with an odd title of which I had never heard: The Way and its Power. The Tao Te Ching. Something from the remote, ancient world of China two thousand years past, it seemed. Translated of course and by a scholarly, gifted man I came to revere, Arthur Waley.

I read here and there in it. What was this Way? No definition offered yet both the introductory essays and the text written out like brief poems were magnetic. The Tao, a Way, perhaps the path I imagined I was seeking. There are certain phrases that lodge in the memory perpetually, are still there. ‘The unexamined life is not worth living’ is one; another ‘The proper study of mankind is man’. This was to become another of those mental irritants.

There are sacred mountain ranges in China, refuges, points of departure to inner and outer heavens, objects of pilgrimage and of escape into cold silences; this place was the mountain of my departure, my Han Shan. But the Tao Te Ching does not welcome the personal, the trivial. Quite soon I read, ‘The Way that can be told of is not the unvarying Way’ then more starkly, ‘Those who speak do not know; those who know do not speak’. Waley was not the first who struggled with this. So did Chinese and Western scholars, and for centuries. At its most remote the Way, it seemed, could not be offered in any language, any words. 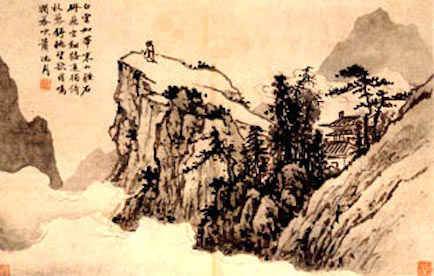 But still it became more serious, more inward. If this is self contradictory rubbish, what was stirred in me then and stirs in me today? An old man standing in another quiet room, in London now, listening to the sounds of life moving past, waiting for what we call time to come to an end, and still seeking the Way?

The question turns on that single word: Who. The Tao explains nothing, organises nothing. It is not history or liturgy or theology. It may indicate a direction to explore, occasionally warns of danger but offers no sanctuary on this path which one must find for myself, lose and find again. I read on, in the cold mountains, the Han Shan of illusion, and carried the book with me through my continuing years in ordinary time. Who traveled? Who entered rooms, museums, towns and religions? Who listened to wise old men and forgot what they said? Who sought?

There are companions on the Way or sitting beside it who have read dozens of translations and commentaries. Such is its attraction that the Chinese Taoist Canon became huge and great men of religion like Thomas Merton and scholars like Kristoff Schipper have made vital surveys of it and always with the essential humbleness needed.

In England I came upon another master of equal power and influence in the early centuries before the Common Era: Chuang Tzu, drawing on some of the traditional material of the people as Lao Tzu did-but utterly different in how he retold and reinvented proverbial tales. He is a narrator where Lao Tzu is epigrammatic and where Master Lao names no names and tells nothing of individuals, Master Chuang has an theatre of comics,cripples and strange, would-be sages. Sometimes Confucius is brought on stage to be mocked. Sometimes he is allowed to be the mouthpiece of true wisdom, Pretension is derided, needless formalities exposed, but the commoner of the town or farm is common sense itself.

Key words are used. For example ‘wu wei’ which usually translates as “actionless action”. Ridiculous indeed to this Westerner. Tales are told,however, examples given:

A sage is invited to guide a state. He may refuse or do it reluctantly. But sometimes peace breaks out, people quieten, they give their minds a rest, they see no need to monkey with neighbouring states, they stop making laws which only create more crimes, more servitude. Labour saving machinery is not popular. Labour may even be holy (as William Blake said twenty centuries later).Characteristically the sage disappears quietly and nobody can recall that he did anything! A disciple might just grasp that his presence in some puzzling way altered the multiplicity of things, allowed the Tao its action, as if one knew what that was!

The two texts differ in how they present the Tao. The breadth and depth of subjects is very wide but that does not permit one to categorise one as either merely a political critique or another a programme of inner exploration.

I turn for a moment to the tale of the disappointed old seeker who goes from teacher to teacher and at last is sent to Lao Tzu. He pours out his muddled tale of failure to understand anything clearly and exactly. The Master asks him,“Who are all these people you have brought with you?” The old wanderer turns but can see nobody. He cannot grasp what the words mean; that they might reveal an ego stuffed with a dozen diverse ‘beings’ squabbling! The Master allows him to remain and try to find his way once more through the maze of becoming. The texts again and again show the slavery of men to idols of the mind; the bellicose warrior to conquest, the king to power, the nobles to rules of behaviour and to riches. In all this stiff unconscious servitude the Tao (which is now everything !) is lost. 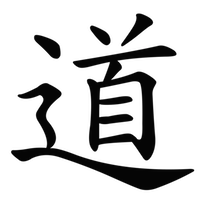 With comrades one revisits the text, now in glowing translations (because translators tend to become adherents, pupils even!), and something wise and wordless leaves its imprint on their work within. Translators seem to become so steeped in their task that, however varying their work, it has evidently soaked into their being and they become Taoists without knowing, I have four by me as I write:

The Way and its Power: a study of the Tao Te Ching and its place in Chinese thought. Arthur Waley. Grove Press.

In the case of the great scholar, Schipper, the introduction to this seminal book speaks of his becoming a ‘novice’ in the half hidden liturgy, music and ceremonies of ancient and still existing Taoism in Taiwan in the last century and the lifelong study to which that led. Later came his compilation of the vast Taoist Canon itself in modern and available form, but for the layman it is the ‘Taoist Body’ which clearly establishes the powerful links down time through persecution, debate and contention, from the great masters of the earliest traditions to the still surviving rural presence of Taoism in mainland China and elsewhere today. That it has survived the hideous destruction of their own culture by the Chinese is in itself wonderful. 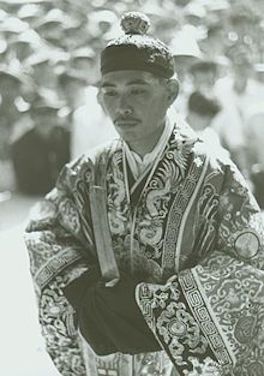 Initiation of a Taoist Master

Schipper also reminds us that it shares a living heritage springing from the same root as the great masters whom we study in the West today: Lao Tze and Chuang Tze.

The search and the study continues; work such as this has no end. It may find itself on a similar path with other pilgrims for it becomes clear that the essence of the great traditions is one. Yet, delightfully, they have their own outer garments, so that the old lady who sums it all up in Chuang Tze’s masterpiece is reported like this:

It was Nu-Chu, the woman with the bump, who told this story of transformation. When asked “Where did you hear about the Tao?” she replied: