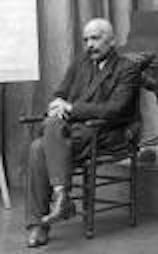 This was a very rare event. A public performance in a beautiful setting of the extraordinary music of Georges Ivanovich Gurdjieff and Thomas De Hartmann. The request at the start of the concert for the audience not to applaud and the attentive, anticipatory silence before the first piece set the tone for the evening.

Gurdjieff was a teacher whose ideas have influenced generations of men and women since he first began teaching in Moscow in 1913. Born to Armenian-Greek parents, he grew up in the Caucasus, where cultures and religions both ancient and modern lived side by side. Having trained in religion and medicine, he embarked as a young man on a search for lost knowledge in response to a burning question: What is the sense and aim of human existence? This search over more than twenty years led to almost inaccessible centres of learning, temples and monasteries, during which he encountered ancient rituals, dances and music from many regions across Central Asia. 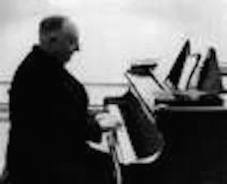 Gurdjieff met De Hartmann, a classically trained composer and pianist (from the St.Petersburg Conservatory under the direction of Rimsky-Korsakov), and his wife Olga in 1916. They spent the next twelve years studying with him. Gurdjieff and De Hartmann created more than two hundred piano pieces over a period of about three years. The manner of their conception and notation is evocatively described in De Hartmann’s book, Our Life with Mr.Gurdjieff:

“I had a very difficult and trying time with this music. Gurdjieff sometimes whistled or played on the piano with one finger a very complicated sort of melody as are all Eastern melodies, although they seem at first to be monotonous. To grasp this melody, to write it in European notation, required a “tour de force”.

“How it was written down is very interesting in itself. It usually happened in the evening in the big salon of the chateau. From my room I usually heard when Gurdjieff began to play and, taking my music paper, I had to rush downstairs. Soon all the people came, and the music dictation was always in front of everybody.”

From the first notes of the first piece, entitled Lento, there was a sense of a gentle but incisive demand placed on the audience. A demand to try to listen inside to ourselves whilst listening to the music. The order of the pieces had been chosen with great sensitivity, in order to help the audience attune to the performer and to become more open to the shifting rhythms and melodies. Whilst some of the pieces in the first half were “familiar” to me in the sense that I’ve tried to listen to them attentively many times, there were some which I had never heard played before. Of these, the last piece of the half, Trinity, was particularly plangent and left a deep impression.

The second half pieces seemed to build on the impression created by the first half, until in the penultimate piece, Prayer No. 2, a real sense of the need for inner struggle was evoked. The concert ended, appropriately with The Bokharian Dervish Hadji-Asvatz Troov in which Michèle Thomasson’s extremely empathetic and sensitive playing came to the fore, a harbinger of living life as an active search.

As we left the church, I was confronted by another world. Police had been called to an incident on the steps outside. On the long journey home, I recalled the sound of Thomas De Hartmann’s voice on the first recordings of Gurdjieff’s music and the force with which he spoke:-

“Here we understand why George Ivanovich put always a great weight on music. He himself played and he also composed. If we compare it with the music of all the religions, we can see that music plays a great role, a great part in so to say religious service. But after the work of George Ivanovich we can understand it more……we can understand it better……that music helps to concentrate oneself, to bring oneself to an inner state when we can attune with greatest possible emanations. That is why music is just the thing which helps you to see higher.”

Programme from the concert:

The piano music can be purchased from Schott’s at the following link:-

A particularly fine live recording of the Gurdjieff/De Hartmann music can be found here:-