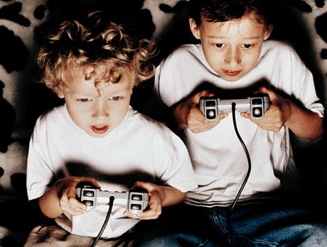 Their Influence on Children

“I’m bored!” How many times have parents heard this exclamation from their children? My contention is that this is heard far more frequently nowadays than even 20 years ago, before computer games for children became so widespread. For a number of years we refused to buy an X-Box or Playstation but by the time our second child was 11, we capitulated, buying a second-hand X-box for his birthday. We imposed some strict limits on the types of games that could be played for each of our children.

It did not take us long to notice that playing computer games, especially the more violent ones when the children were on their own completely changed their behaviour. The playing time became longer and longer, there was an increasing refusal to switch off when asked, and we noticed for some time after playing the game that our sons were often more withdrawn and showed more aggression (more easily losing their temper, and being ruder to other members of the family). We also noticed that if computer games were played in groups where there was more human interaction, there was less likely to be more aggressive behaviour afterwards.

Our concern grew when we found that our 11 year old son’s friends were playing games rated 16 and even 18, apparently with the full permission of their parents for sometimes unlimited periods. This is something which we have struggled to understand. Surely parents would not (by implication) allow their 11 to 12 year old children to watch violent or frightening films such as The Exorcist, or The Godfather? We insisted that at home, our children could only play games rated 12. This unsurprisingly led to increasing resentment – “why are our friends allowed to play these games when I’m not” but we persisted. The nadir was reached when one of our children admitted stealing an 18 certificate game from Tescos (which he returned). 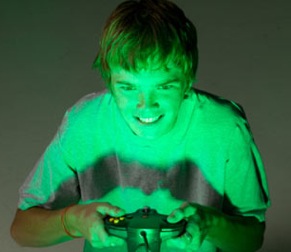 Were we being over-bearing, over-protective parents? Are these games simply a creatively diverting activity which teaches children to solve problems and increases their reaction times? I watched our children playing on a James Bond game (rated 12) and was alarmed at the level of violence it contained. Villains are routinely shot in the head by the main character taken by the players, often in cold-blood. But this was a “tea-party” compared to a sample of a 15 certificate game which our increasingly computer-literate son obtained – which had an all too realistic soundtrack of people groaning in agony after being run through with samurai swords, accompanied by graphic spurts of blood. I have never watched “Call of Duty” or other 18 certificate games, nor do I wish to – but I can imagine the level of violence. One further observation was that there is never any consequence to the “player” for using violence, other than survival to go on to the next stage of the game, presumably to use more violence. In life of course, this is not the case.

Having witnessed first hand the impact of the games on children, it seems to me that these games trigger the “fight or flight” reaction – the physiological survival response to danger or stress when the human body is triggered to produce huge amounts of nor-adrenaline to prepare itself to either run as fast as possible or to fight to the death. This normal response is only meant to last for a few minutes until the imminent threat is passed. Playing these games prolongs this response. Surely the result of continuous high levels of hormones which stimulate the heart and pump blood to the large muscles cannot be healthy for hours at a time? It is known that if the human body is subjected to the stress response over a long period of time, this can lead to serious circulatory issues, resulting in some cases in severe heart disease.

There are many who would argue that going through a prolonged stress response is no different from playing competitive sport. I suggest that the graphics and sound of these games are now so realistic that players become immersed in this fantasy world in which every “action” they initiate results in life or death and this can make day to day interaction with people “boring” because it does not give immediate results. Modern computer games appear to be purposefully written to support that latent dream inside everyone to play the role of the “hero” in fighting against the odds. 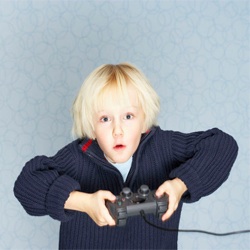 My limited observations do seem to tally with the findings of a number of studies in young people which suggest that playing violent computer games does increase aggression. Are these games addictive? There is some recent research which indicates that playing games over a long period can lead to physiological changes in the brain which have been previously associated with addictive behaviour. In my experience, they are certainly addictive. It was such a relief to go on holiday for 2 weeks this year and not take any computer devices with us. After much initial grumbling about leaving their phones behind, the children were exposed to an environment where there were many outdoor activities to participate in during the day, and in the evenings, (horror of horrors), card or board games with the family. And they loved it.

In 2001, a UK Government Report recommended the need for some major long-term studies into the effects of computer games on children. Conducting rigorous studies in future may become increasingly difficult now that computer gaming is now so prevalent, since it might be difficult to find a “control” group of young people who do not regularly play computer games!

What to do as a parent? The X-Box was sold, much to our relief, and although our children play games on their phones, they appear to be less interested in the “shoot ‘em up” games than before. There is no doubt that computer technology can help in the classroom with childrens’ learning. It seems to me there is a paradox at play here which does not seem to be questioned. On the one hand, we are all more connected than ever, with the internet and mobile phones enabling us all to be more contactable at the touch of a button. And yet, is this not also making us far less sociable, more satisfied to hide behind emails rather than speaking with people, and tragically – far more likely to express a reaction instead of a considered response? And what about the long-term effects of so much sedentiary activity on whole populations?

A colleague of mine at work recently lamented that it is very rare to find people who actually “make” something tangible, and that many people do not have an opportunity for practical work. Perhaps there is something that we can do in this increasingly electronically connected age. Can we offer some alternative activities for our children, without denying the importance of new technology? What about offering a conversation in which an idea is developed and explored at meal time, whilst trying to attentively to listen to each other? Or cooking a meal together, or building a den in a forest? How can we be more connected with each other and with the world around us? Perhaps if this question was given the time to resonate inside us more, we would not hear “I’m bored” so often.

And see also Comment on Tekken,Soulcalibur, Action films and Young People in Health and Wellbeing