In English we speak of writing poetry. But real poetry is not written; the poet hears the poem, and afterwards, may write it down. In ancient times poems were recited and passed on by word of mouth, like the Epic of Gilgamesh. But what is it the poet actually hears?

Although sometimes the poet may hear words, as Rilke heard the opening lines of the First Elegy when walking on the cliffs near the castle of Duino one morning; real poetry begins as a feeling, a formless moment of unusual perception, which has to be given form. So a poem is a translation, the experience given a form.

Translating a poem into another language is not translating the words. The translator, guided by the words of the poem, tries to listen inside to the sound from which the poem was born, and give it a form in a different language. To copy the rhythm and rhymes from a different language makes no sense, because forms necessarily differ.

After composing the Duino Elegies, Rilke “wrote” the Sonnets to Orpheus. In listening to these poems one clearly hears that the poet found the sonnet form constraining; not only the choice of words and line breaks but also word order and punctuation are governed by the need to follow the Petrarchian rhyming scheme (which works in Italian, the easiest language in which to rhyme). The result is that some of these sonnets are unnaturally halting.

I have made no attempt to copy that in English, but to find a new form for some of these poems. Here are nine of the first eleven from Rilke’s first series of the Sonnets (there are two which I have not been able to hear). 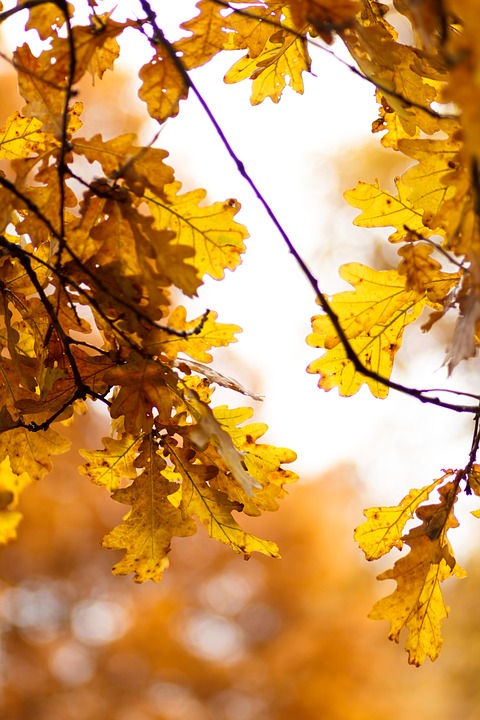 There rose a tree. Pure rising above!
Orpheus sings! Oh soaring tree, which now I hear!
And all was silent. Yet in that refrain from speech
came new beginning, a sign, and change.

It freed the forest, and out of the silence
there came animals from their lairs and hides,
and one could sense that it was not from fear
or cunning that they were so quiet,

but from listening: for yelling, shouting, baying
were felt in their hearts as small. And where
there had been no place for receiving this,

you created a refuge from their deepest longing
whose entrance posts were trembling:
a Temple in their listening.

Hardly a girl yet, she went forth
from this joyful union of song and lyre,
shone in radiance through the veils of her Spring
and made herself a bed within my ear.

And slept in me. And all things were her sleep-
my wonder at the trees, the sense
of distance, the meadow I had a feeling for;
each moment of wonder I was touched by.

She slept the world. Singing god, how did you
so perfect her that she did not first desire
to be awake? Look, she rose and slept.

Where is her death? Will you invent
this theme before your song is finished?
Where is she falling to, from me? Hardly a girl yet….

A god can do. But how can a man follow him
through the close strings of a lyre?
To be divided is his meaning. At the crossroads
of two heart roads stands no temple for Apollo.

You teach us that song is not desire,
not striving for a final goal to be achieved:
to sing is to be. That’s simple for the god
But we- when are we? And when does he turn

earth and stars towards our being?
Oh youth, being in love and bursting forth
into a song which seems so full of life

is nothing; it will peter out. Forget that song.
To sing in truth is another breath,
of nothing. A breath in God. A wind.

Oh gentle ones, step for a while
into the breath not meant for you;
feel it divide to pass your cheeks and
as it rejoins, vibrating behind you.

Oh you blissful ones, given to be whole,
it is in you that hearts begin.
Bows stretched and targets for arrows;
your smiles last long when you are joined.

Don’t be afraid to suffer what for you is heavy,
give the weight back to the earth,
to its heavy mountains, to the heavy seas.

The trees you planted long ago in childhood
you have felt become too heavy, but
there is a movement in the air, and space….

Erect no gravestone, but let this rose
flower every year for him.
For it is Orpheus. His transformation
into this, or that. We can forget

other names, for whenever there is singing,
it is always Orpheus: he comes and goes.
Isn’t it already much that sometimes
he outlives the rose?

For you to understand he has to disappear
even though dreading that he must leave,
and where you cannot follow, he is already there

because his words surpass this earthly life.
The lyre’s mesh does not constrain his hands.
He goes beyond, obeys.

Is he of this world? No, his great being
grew out of the realms of both worlds.
Know for yourself how the willow’s roots
are spread and you will better know

the weaving of the osiers. When going to bed,
on the table don’t leave bread or milk-
the departed are attracted- for the summoner
will bring her appearance back gently under eyelids

into everything we are able to see.
The magic of the scents of earth and herbs
are as real to him as any outer things.

Nothing can reduce his vision,
neither graves nor rooms, nor whether
jug, ring or bracelet are praised.

To praise! Called to praise, like ore
he came out of the silent rock;
his heart only a press for now,
yet making for us an eternal wine.

Neither drought nor dust can still his voice
when the godlike presence is alive in him,
all the grapes in the vineyards then
warmed by a feeling as from the south.

Shadows may fall from the gods
and the world’s kings in their tombs decay,
but his praise shall stay true.

He is the steadfast messenger singing
his praise, and with it bringing bowls of fruit
right through the doors of the dead.

Only he who even in shadow
lifts the lyre high
is allowed to sense
the endless praise.

Only he who ate poppy seeds
with the dead, their poppies,
will not miss or lose
the most gentle vibration.

Though the water’s reflection
is often distorted:
Know the image.

Only in the realm of both worlds
can our voices relax
and become endless.

Look at the night sky. Isn’t there a sign called ‘rider’?
We have been so molded by our earthly pride.
And the second one, who is carried by him
and drives him on and reins him in.

It’s like that, isn’t it- the sinewy nature
of our being, now chased, now held?
Path, and turning, guided by a touch.
New horizons. The two are one.

But are they? Or do they both believe it
because they are together on a way?
Table or meadow, divide them without words.

The star sign which unites them, deceives,
but for a while we are content
to trust that symbol. It seems enough.