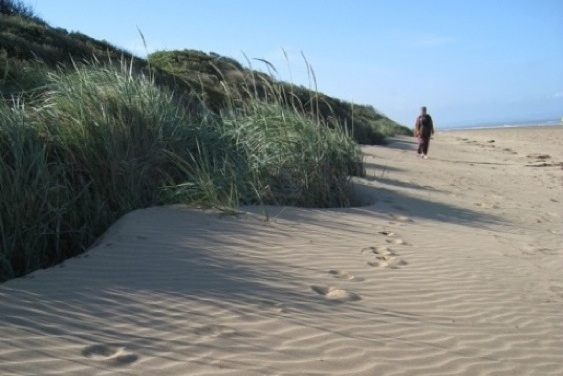 Honed by a ruthless sea.
Unremittingly lifted and re-deposited by each returning tide.
Impregnated with water, salt and sand,
Yet still afloat to be flung on to grassy dunes or left
sodden and lifeless half buried in the detritus of a tideline.
Bearing remnants of some paint long gone, hinges, latches
or nails suggest a former history.
Or contorted twisted shapes the manner of its growth.

Recovered from its previous fate to tide and weather,
Dried to a residual whiteness with the strong smell of an inward ocean
impregnating the hard, soft, cratered wood.
The residue of all that nature has contrived.

Place one time ridden piece against another and a response
is felt between the two.
The sea tempered forms begin to speak,
Their qualities revealed in sculpted outlines, penetrations, protrusions,
And surfaces soft, stained or mottled.

Combine the forms on fishing line, complementing reinforcing each other,
Searching for a balance which offers a new role for these abandoned remnants,
Suspended in the air, subject now to wind not water.
Creating strange new impressions in the viewer, defying words, yet felt.
Somehow timeless. 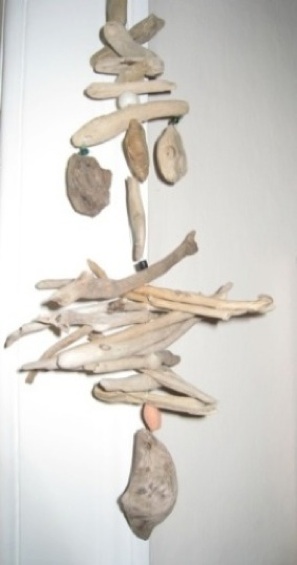