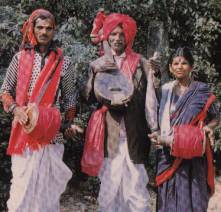 Every Friday I run “Fairy-tale Ceramics” classes for children in the Sztukarnia Art Centre in Warsaw. In these classes, we make sculptures from clay and as these objects emerge, I try to tell the children stories about the objects from different cultures. One was an old Hindu story about an old man who lived happily in his small hut, working as a farmer. One third of what he earned was for food, one third for clothes and the last third he saved in a clay pot…….

One day the pot was full. What to do? So the old man went to the market and bought… a beautiful golden bracelet. Then, the old man asked his friend (a merchant) if he knew the finest lady in the world. At this point, one of the children asked – “Was it the same merchant who lived in Bagdad and dreamed that his treasure was in Cairo?” This was in fact from another (Rumi) story from a previous class, and I was touched that she had remembered, like receiving a surprise gift. Yes, he said, it’s the Queen of the East. So the old man sent the bracelet to her. She was surprised, grateful, and sent him back several camels and fine silk.

The old man did not know what to do with these unexpected gifts. So he asked his friend the merchant if he knew the finest man in the world. “It’s the King of the West” came the reply. So the camels and silk were sent to him. The king was amazed and surprised, and in return sent the old man back 12 of his best horses. After some considerable thought, the old man gave one of the horses to his friend, the merchant, and the remaining 11 to the Queen of the East. She was really surprised. “Perhaps he wants to marry me?” she thought and decided to visit the stranger from India who was sending her such gifts. Now the old man was in real trouble, and decided to leave his beloved hut. And on the way… he met two fairies. “Don’t worry” – they said – “Go back, everything will end up well”. So he went back, and now there was a palace in a place of his old hut. I will save you a long description of its beauty. Servants shouted: “Caravan from the East is coming!” – and then – “Caravan from the West!”. And in this way the Queen and the King met, and fell in love. After the lavish wedding, the Queen and King lived happily ever after. The two fairies reappeared to the old man after the wedding and promised him that his old hut would be returned. And so it happened, and the old man lived happily as before in his old hut, and had two new married friends. But from then on he was very careful about giving gifts…

Because the story touched me in its telling (perhaps there is a deeper allegory here concerning the pursuit of a just action to unify the parts in man?), the children seemed to respond. They were fascinated and surprised about the gifts the old man was refusing, but they also sympathized with him and wished him to get back his old hut. And that led to another question. In ten, twenty, or thirty years time, will these children remember that story, and have any sense of question about what it might mean? If we could find that questioning in ourselves whilst telling the story, that indeed would be true giving.

The story “The Gifts of the Good Old Man” is supposed to come from Hindu and Pakistanian tradition. I took it from the book “Fairy Tales from Around the World” by Beata Turska, Świat Książki, Warsaw, 2009.