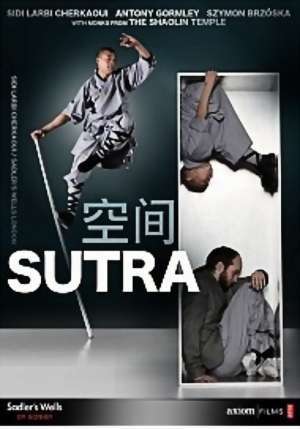 I knew nothing about Sidi Larbi Cherkaoui when a friend gave me a DVD of “Sutra”, telling me that it is dance theatre, with music by a Polish composer. I started to watch it in quite an emotional mood, tired, but rather relaxed… and immediately I was “with it”. The dancers are monks from the Shaolin Temple, which sounded odd – dance theatre with monks? But before I reacted with judgment, I found myself charmed by the music and the movement, interested in a story about a child-monk playing a game with a young man, which at first seemed a bit fragmentary. Yet the fragments were beautifully and fluidly connected, changing with the music which evoked emotions. I was taken by the music and movement, like a child watching clouds seeming to play in the wind and changing shape.

Because of the title, I wondered whether it was, as Buddhists say, a story of mind (which in Sanskrit is also a word for heart)? There were big wooden boxes and smaller ones like them with which a child-monk plays with a young man whom at one moment he calls “father”, and they seemed to be an image of our little personal “shells” or various “frames” within which we try to move in the world. Or are they boxes which we carry inside, and which carry us? Sets of roles, states, opinions, behaviours? Or even wider and simpler – particles of a greater whole which at the end appeared to be a temple… but didn’t have to become it. The boxes were also reminders of coffins… and were in movement too, were exchanging positions, owners; assembled in different constructions, changing according to the rhythm, related to each other within a rhythm and a dance. I was touched as one may be touched while observing a flock of birds – and the performers had the quality of animals, wonderfully connected with their bodies, with sincere facial expressions, just showing very simple emotions as one may see in animals. In fights for example, because simulations of various fights appeared to be a meaningful part of the dance. It seemed to be a story about a path in life which involved overcoming obstacles (with times for effort and rest), with weight, seriousness, lightness, and humour. The simple music by Szymon Brzóska for piano, percussion and strings, played live, was for the heart, moving, melancholy, very emotional, sometimes quite profound. At the same time, the boxes, devised by the sculptor Anthony Gormley, gave one a “a mind frame”, an intellectual structure given life by that music, and the movement choreographed by Sidi Larbi Cherkaoui with the warrior Shaolin Monks. Together, it gave a sense of synchronicity, tranquillity and at the end a direct impression of reconciliation, connecting strength, energy, and serenity. I will surely watch it at least once more.

And what about Sidi Larbi Cherkaoui? I’ve read after how famous he is. A young (32) choreographer and performer of Belgian Muslim origin, searching in different cultures and styles of dance, in love with Kate Bush songs, brilliant in interviews: “I’ve always considered myself lucky with my background because I had this double lineage. I never felt I was in the path of one culture, one vision or one truth. I’m a very big doubter; I like doubt. I think it is one of the most important things one should have in one’s life.” Somehow, as a performer, he first seemed to me to be the weakest figure in the whole show – it was very visible that he isn’t a monk and that there is something much more from outer, not monastic life in him, something individual in a Western sense, which seemed to be more than a deliberate counterpoint to the rest of the characters. But that was only an impression when first watching, not knowing about his origin, and that it was his project, idea and choreography. It must have been a great challenge to dance, to perform with Chinese monks who follow a strict Buddhist practice, of which the Kung Fu and Tai Chi martial arts are an integral part. As he says in one of his interviews, coming for the first time to the Shaolin Temple was a wonderful experience, that he felt at home there, which one can sense while watching “Sutra”.

I wonder what the Buddha would say for “His words” to be given to the public in this way? I find “Sutra” an interesting marriage of contemporary dance theatre and monastic tradition. There is a sense of search, though perhaps lacking weight and a sense of serious difficulty and the depth which can only come through that. But then, all the performers, monks and authors are very young – but refreshing and a beautiful to watch. 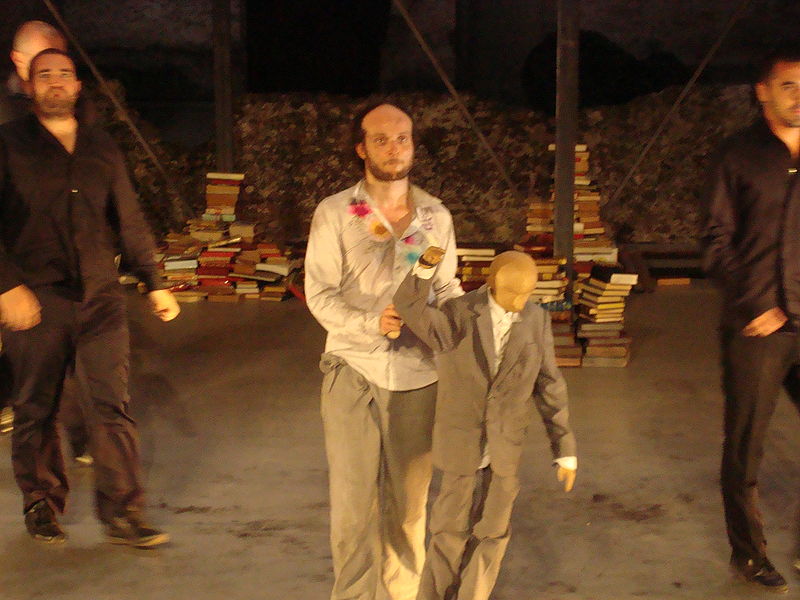