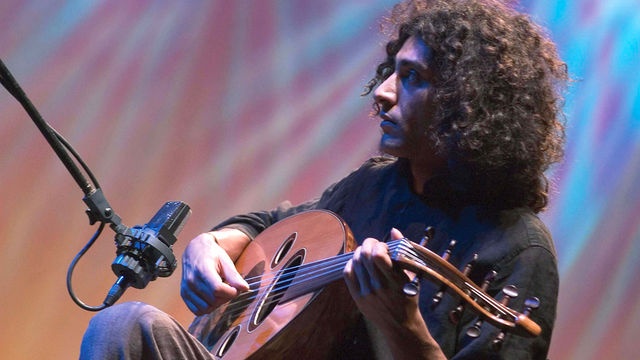 This is a highly recommended series on Radio 3. I listened to the most recently broadcast programme (on i-Player until later today – 14th August). Its subject is a young, talented oud player called Kyam Allami, originally born in Iraq but who was forced to flee the country with his immediate family to Syria as a young child. Since he was nine years old, he’s lived in Britain, and the programme followed him as he returned to Damascus as the first World Routes Academy scholar to meet and learn with other exiled musicians, including the well known Iraqi folk song singer and guitarist Ilham Al Madfai. The result of this meeting was a recent Promenade concert in London.

I started listening to the programme late in the evening, planning only to listen to the first 5 minutes. However, the quality of the playing was such that it demanded to be listened through to the end. Lucy Duran is a very sympathetic interviewer and there were also some touching exchanges with Ilham Al Madfai about what it means to be in exile.

Other programmes from the series are still available on i-Player, including some very beautiful pieces of traditional Turkish music recorded in Istanbul last year:-

And a series of 3 programmes tracing a musical journey through Northern India, which includes ancient Vedic chanting.