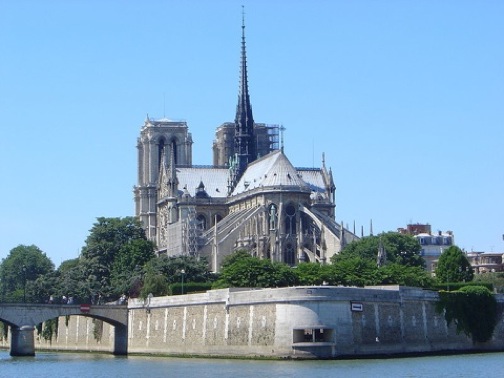 July is a strange month in Paris. At the beginning of the month the schools have already closed, but only the final results of the bac (just before the 14th) really signal the close of the academic year. The political scene continues to attract attention, particularly at the moment when a complex political and financial scandal, with new revelations emerging almost every day, has replaced even the dismal performance of the French football team in the headlines. As the month progresses, Parisians are made aware that there is a world elsewhere – that Paris is not the only centre of interest in France. Each stage of the tour de France is always accompanied by reports from the places of departure and arrival, and the cultural pages, and radio broadcasts are full of reviews of the major cultural festivals: Avignon, Aix en Provence, Monpellier…There is more and more talk about holidays, the usual radio programmes take a “break” and are replaced by others until the beginning of September and the new season. Every weekend there are reports of the traffic difficulties as people make their way to the sea or the mountains (the traditional alternatives).

As far as Paris is concerned, shops begin to close, usually for a month, and the traffic becomes less dense. More than ever, the metro and the traditional tourist spots fill up with visitors from all over the world. (France has always boasted that it is the most visited country in the world, but a recent report has indicated that a large number of these are in transit: in terms of visitors France ranks only third in the world, and its tourist industry is failing to adapt to change. Apparently, part of the trouble is the attitude of French people to tourists…).

Having said this, there are still plenty of things to do and see in Paris during the summer. For example, the Parc de la Villette has a whole programme of events, many of them free. Every Sunday there are two free concerts mainly of “world music”, in my experience of very high quality, but there are also other music events during Sunday afternoon. This year is the twentieth anniversary of the open-air cinema event, which is also free (but it is possible to hire chairs if you find the grass too uncomfortable). For children there is a splendid area with imaginative activities for all ages. The park itself is huge but rather flat, although there are some special little nooks and crannies for those who like to explore.

There are also plenty of small parks in the city where it is possible to take a picnic and just enjoy being in Paris. I would recommend the square Villemin, not far from the Gare de l’Est, with a view of the canal Saint Martin or the Parc des Buttes Chaumont, a vast folly built in the 19th century on the remnants of a stone quarry. In both of these gardens it is possible to go on the grass, which is usually “interdit”! 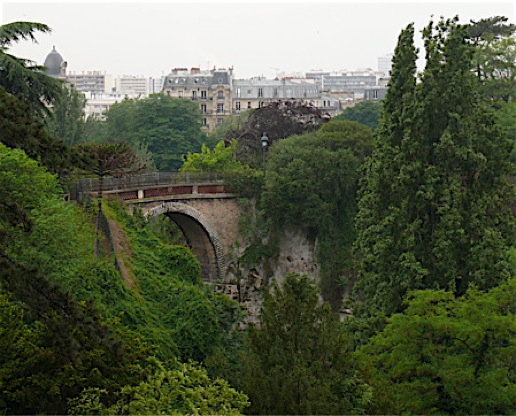 The summer break is long in France (every year there is talk about changing the school year and shortening the summer holiday, but it never seems to get beyond propositions). August has a particular atmosphere, which divides Parisians. Next month I will try to write about where it is possible to find some peace and quiet in a hot and crowded city.