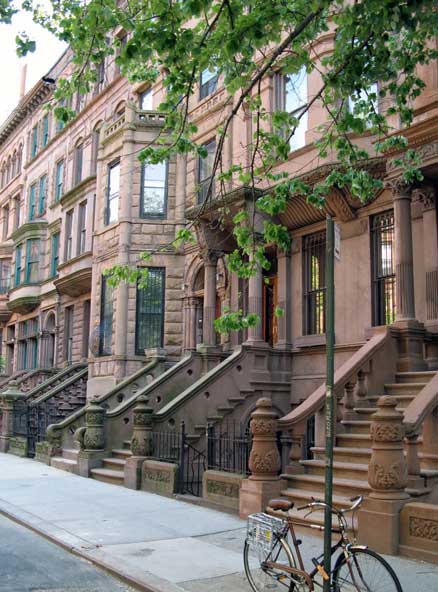 Living in New York is a lesson in impermanence. For over a quarter of a century, I lived in Manhattan and all over Manhattan, in apartments ranging from a brownstone on the Upper West Side to a tenement in the East Village. After my daughter was born, I moved to a grand apartment with soaring pressed tin ceilings in Carroll Gardens, Brooklyn, named for the beautiful gardens the once mostly Italian residents created. I used to buy bread from a bakery around the corner that also served as a major set in Moonstruck, a hit movie about Italian-American life in New York starring Cher and Nicolas Cage (who played a baker). Camerari’s bakery is gone now. I left the neighborhood when my landlords, who happened to be named Gambino (and relatives of the once dominant New York crime family) sold the building to a Wall Street type. The once Italian neighborhood had moved from a kind of aspiring bohemian artsy family scene and then suddenly it was expensive and chic. Two Gambino men came to visit my little family and literally said: “We’re telling you as a friend. It’s time to move.” Conditions change. Nothing stands still and nothing is personal, this was the teaching I received from the Gambino family. 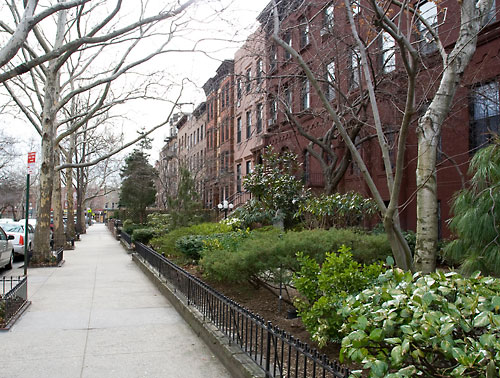 Now I travel down to the city from leafy northern Westchester on the Metro North train. When time and weather permit, I walk the roughly two miles to the offices of Parabola magazine on West 20th Street. Walking the city has the feeling of pilgrimage to me. The life streaming by on the streets of New York is like the holy Ganges is to some Hindus. I need to bathe in it, to leave the isolation of my life and let every human state pass by, joy, sorrow, love, hate, poverty, wealth, youth, age, beauty, ugliness, agitation and cool equanimity. New York reminds me that everything in our lives is impermanent, and that no feeling is final.

The truth of impermanence holds up everywhere, but in New York it seems especially dramatic. On the corner of 20th Street and 6th Avenue, right near the Parabola offices, there stands an old church that was once converted into a notorious nightclub called Limelight. I remember going to a party there that was thrown by Bob Guccione, the founder of Penthouse magazine, in honor of his more reputable science-themed magazine Omni. Drifting through the cavernous, blasphemous rooms full of music and multiple bars and hip young people, I came upon Guccione himself. Wearing a tuxedo and a smug smile, his dark glamour enhanced by low lights and dry-ice fog, he looked like a modern-day Caligula. I remember being very aware that I glimpsing something decadent, maybe even a touch satanic. But now the man, his magazine, and the nightclub are gone and that sense I had sense I had of drawing near to a flame seems really dated and naïve, even dear. The Limelight was long ago shut down by the city because it turned out the owner sold drugs in those dark rooms. Now that poor benighted church is a temple to high-end consumer culture, housing a cluster of tiny shops that sell expensive cheeses and gelato and authentic British wellies! Walking through the place doesn’t feel like it did in the old days, like peering through the gates of hell anymore. But it reminds me of the way life can roll along without us. 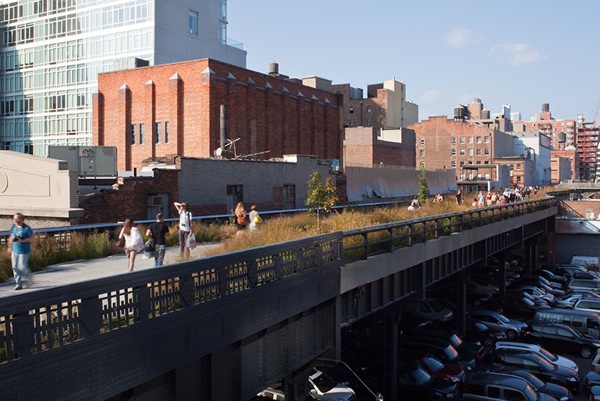 Photographs of the High Line by Richard Brine

Keep walking west on 20th Street, and one encounters the High Line, a beautiful aerial greenway that is built on a section of the old freight railroad spur called the West Side Line. I love to walk on it and every time I do, I recall climbing up there once long ago, when it was just rickety old abandoned railroad tracks. I remember looking out across the Hudson River, feeling a little like Charleton Heston in Planet of the Apes, an explorer in a city that fallen into ruin. I felt like I was witnessing the end of the civilization. Now I know that no feeling is final.

Now I am more interested in being a pilgrim than an explorer. I am not interested in going where no one has gone before. I am interested in seeing what others have seen. One hot day this summer, I made a pilgrimage to the Danese gallery on West 24th Street, to see an exhibition of paintings called “Other as Animal,” put together by the painter April Gornik. Describing her aim for the exhibition, Gornik evoked the British poet Ted Hughes who wrote that animals are our “emotional selves, our persevering selves” and that they are “gifted with the extensions of the senses we have lost or never attained….” Mourning the loss of my beloved black Labrador retriever Shadow, I was deeply moved by the paintings and sculptures of animals by Ross Bleckner, Eric Fischl, and other artists, each of which capture the pathos and dignity of animals in a different way—and the brevity of their lives.

In the midst of it, however, one image brought me to a full stop. Standing on a pedestal of limestone was a “Goshawk” made of hand-blown, pigmented glass. Somehow the artist Jane Rosen captured what is wild, fleeting, and unchanging all at the same time. This work of art helped me see that there is something beyond impermanence, something quick yet still that the presence of the hawk expresses.

“We need to see our childishness in relating to the life force, always wishing to have more. The child wants to have , the adult wants to be ,” writes Jeanne de Salzmann, in the book based on her notebooks, The Reality of Being:The Fourth Way of Gurdjieff. I left the gallery aspiring to be able to just be with life like a healthy animal, allowing the life force to move through me without grasping at images or busily discovering facts. I wished I could see like a hawk…or like Jane Rosen.