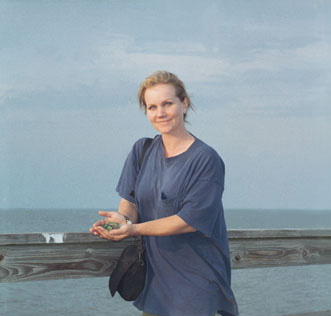 Eva Cassidy died prematurely from cancer at the age of 33 in 1996 before she became famous. At the time of her death she had released only three albums which had not sold well, and by all accounts was so shy that she had to be coaxed by her friends and family into performing in public. And yet by 2001, the posthumously released compilation album Songbird was number 1 in the American charts and has now sold over four million copies. She is the only recording artist in history who has had three successive posthumous number 1 selling albums.

What is it about her voice that has exerted such an influence on so many people – young and old? After all, most of her recordings are cover versions, including some well known songs such as Somewhere Over the Rainbow and Fields of Gold. I have spent many hours listening to most of her albums, and her voice is spellbinding in its ability to convey fundamental human feelings – such as joy, love, yearning, and loss without sentimentality, and to be able to move effortlessly between them within a single phrase. Most of all, every song she sang tells a story. When she was alive, she refused to be pigeon-holed by record companies into any categories of music, because she could sing anything – folk, blues, jazz, and swing. But enough words! Her music speaks for itself.