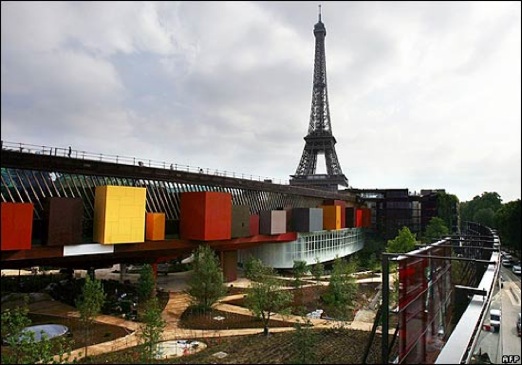 Just over three years ago Nicolas Sarkozy was elected president with a large majority and to general acclaim. As a candidate he had declared his determination to end the era of the outgoing president Chirac (in whose governments he had nevertheless served). Towards the end of his mandate Chirac had been very unpopular. Now it is the exact reverse: the unpopularity of Sarkozy is manifest not only on the left, but within his own party; and his re-election, which had seemed a certainty, is now very much in doubt. Even more ironically, the once despised Chirac is currently the darling of the opinion polls.

The former president was in my mind recently because I finally paid a visit to the museum which he founded as a “permanent legacy” of his time in office. Chirac’s particular brand of populism was characterized by highly visible appearances at the annual agricultural fair in Paris and an evident indifference, not to say hostility, to things intellectual (in this he was very different from his predecessor, François Mitterand). So, his interest in art centred on the “primitive” (not an ideologically innocent word). For various reasons I had never been sympathetic to this project, which accounts for my long delay in visiting the museum itself, but I finally took the plunge: sometimes it’s necessary to experience at firsthand what one does not like in order to understand clearly what it is, and by so doing to be clearer about what one stands for. 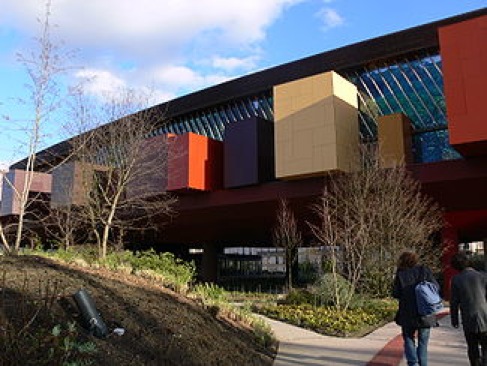 The musée du quai Branly is architecturally impressive, and as architecture is entirely coherent with the project of the museum itself. As you approach it you are confronted by a glass screen, behind which is a garden which you have to cross to reach the museum itself. By implication, the building is a kind of display, an “art work”. You cross the “garden” (full of exotic plants, incidentally – you are not meant to feel that you are in France) and pass under the building and enter it from behind. The building has the form of an irregular elongated curve, on stilts, and to reach the main collections you have to go up a gently rising, curving path: everything is done deliberately, boasts the guide, to take you into another world (apparently you can take this “world tour” in about 2 hours). Significantly there is a cascade of words projected onto the path whose movement imitates the movement of a stream. The words are of course isolated and meaningless, but if you take the trouble to read them they are names of places, people, concepts, ideas: a jumble made into an aesthetic display. That, too, is very much in tune with the concept of the museum, whose slogan is “where cultures meet in dialogue”. Well, perhaps, but personally I’m not convinced. As one (rare) critic of the museum put it, to engage in a dialogue you have to master your own language as well as that of the other, and there is little evidence of either. My impression was of a fallen tower of Babel lying on its side.

However, there is a kind of coherence. The visitor is guided through a succession of displays, organized geographically. Without knowing how, or why, you pass through exhibits from Oceania, America, Africa and Asia. There is no other guiding principle because the fundamental project is that art has no content: it isn’t about anything, it offers an aesthetic experience. While such a principle can be applied to much contemporary western art, to apply it to productions that are the expressions of profound sacred traditions is to my way of thinking obscene. As the devil expresses it in Thomas Mann’s Doctor Faustus, “Since culture has fallen off from the cult and has made a cult of itself, it is no longer anything but offal”. In fact the notion of dialogue is a sham. The intention, expressed explicitly by Chirac and his advisors, was to show that “primitive” art is essentially the same as the high culture of the west , but paradoxically the effect is the reverse: to bring down these sometimes wonderful things to the impoverished level of a culture that has no values, no direction, no inwardness. What is revealed (unintentionally) is the emptiness of the concept of culture that lies behind the whole museum. (I am reminded of a remark by Ananda K. Coomaraswamy, referred to by Roger Lipsey in his introduction to the new edition of Figures of Speech or Figures of Thought published by World Wisdom, that the religion of the Delaware Indians possessed everything necessary to become a world religion, but for the fact that they had too few guns and ships to impose themselves on others).

But then there is the way the works are displayed. Natural light is studiously excluded; you wander through semi-darkness and the works are submitted to spotlights which produce a dim rather cool isolation, not to mention the inevitable distorting shadows. The overall atmosphere is strangely disconcerting. But this, too, is part of the coherence: this is very much a conceptual museum (in much the same way as the big science museum). In my view it is as hostile to art as the other is hostile to science.

I’m glad to have visited the museum precisely because it has forced me to be a little clearer not only about my misgivings but also about what matters to me. Others may well have an entirely different response- see for yourselves! Incidentally, I had a very pleasant conversation with one of the people at the information desk, who turned out to be a Londoner. He was very enthusiastic about the museum, and particularly stressed the fact that most of the visitors were children, and that a lot of the activities and facilities were aimed at young visitors. 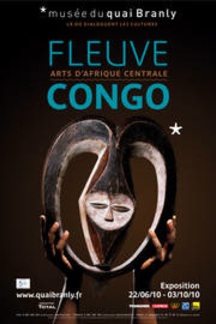