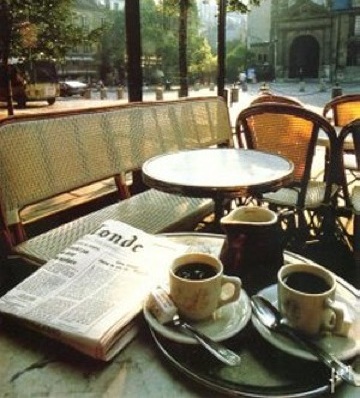 Spring is here, and the rigours of winter are a thing of the past. Since my last letter, there have been regional elections which have been a sharp reminder of the fact that even with a weakened and divided socialist party, the President can falter and seem vulnerable. Few could have imagined that Mr Sarkozy could be in such difficulties only three years after his overwhelming victory in the presidential election. Not only has his party lost control of Corsica, meaning that they now hold only the Alsace regional assembly, but there are serious divisions in his own ranks. His re-election that seemed a matter of course just a year ago could now be seriously in doubt.

His response has been to return to the policies that brought him success in 2007: a proposed law against the burka (which will be debated under emergency procedures, although it is hard to see the urgency since it concerns a very small number of people); above all a renewed drive on law and order. Sometimes it seems as though those who will be most directly affected by these measures do their best to help their introduction: a woman wearing a burka was arrested driving a car (it turns out that she is one of four wives, thereby stoking the debate on polygamy and social security payments), and now there has been a spate of violent attacks on bus drivers.

It remains to be seen how the law and order rhetoric will help: since Mr. Sarkozy has been president for three years, and was minister for the interior before that, the polemic could turn against him. Be that as it may, the result will be very predictable: calls for yet more “repression”, severer jail sentences and so on. Given the fact that the prison population is already out of control, and that France has been condemned in European courts for its treatment of remand prisoners (preventive custody seems sometimes to be used as a form of punishment) the impact on the prisons themselves will be dire, especially if there is a hot summer.

My thoughts have turned to the question of prison following a remarkable interview with Michel Vaujour in a recent edition of Le Monde des Religions. This man spent 27 years in custody, 17 of them in solitary confinement. Initially condemned for a series of minor offenses committed when he was very young, a series of spectacular escapes led to longer and longer sentences, with the result that at 25 years of age he had already accumulated a sentence of 25 years. 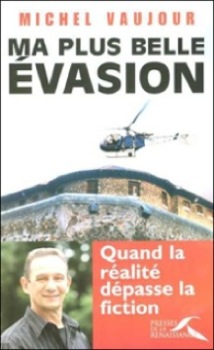 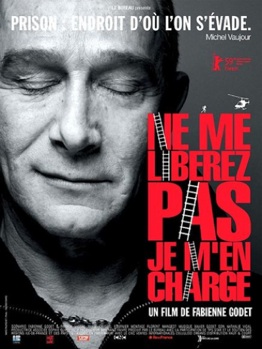 Apart from the spectacular escapes (one by helicopter) this is unfortunately rather banal. What makes his case remarkable is his inner transformation, and his lucidity about it. In brief, he discovered yoga. The silence and solitude of his existence meant, as he puts it “everything, absolutely everything, became yoga.” Little by little he discovered that “the worst prison of all is that in which our mind can enclose itself, fixing everything and separating us from what is alive. Escape from that prison is the most essential of all.”

Since his release, Michel Vaujour has written a remarkable book: “Ma plus belle evasion” (My Most Beautiful Escape) and has made a documentary film: “Ne me libérer pas, je m’en charge” (Don’t release me: I’ll do it myself). Those with good enough French can see a selection of his interviews on television on the site of Le Monde des Religions (http://www.le-monde-des-religions.fr/articles/michel-vaujour.html). His example raises the vast question of how to transform people. Clearly, prisons as they operate here (no doubt the situation is similar in other countries) only serve to make detainees even more hardened and closed off from life. What is needed as far as the general population is concerned, and in particular politicians, is a sense of the experience behind words like “cell” “10 years” and so on. (A reading of Les Miserables, or Little Dorrit would be a help).

As if by chance, there are two exhibitions in Paris which are relevant. The first is an exhibition of photographs at the Musée Carnavalet (http://www.carnavalet.paris.fr) with the title “L’Impossible photographie. Prisons parisiennes 1851-2010”. The exhibition includes images and videos taken between 2008 and 2009 in the Prison de la Santé in Paris. The second is a thematic exhibition on the theme of Crime and Punishment at the Musée d’Orsay (http://www.musee-orsay.fr) The person responsible for its conception and the realization is Jean Clair, the author of a fine polemic about museums (“Crise dans les musées”). He also organized the very popular exhibition on the theme of Melancholy here in Paris some years ago. Also involved is the veteran, and highly respected, lawyer Robert Badinter, who as Minister of Justice brought about the abolition of capital punishment in France.