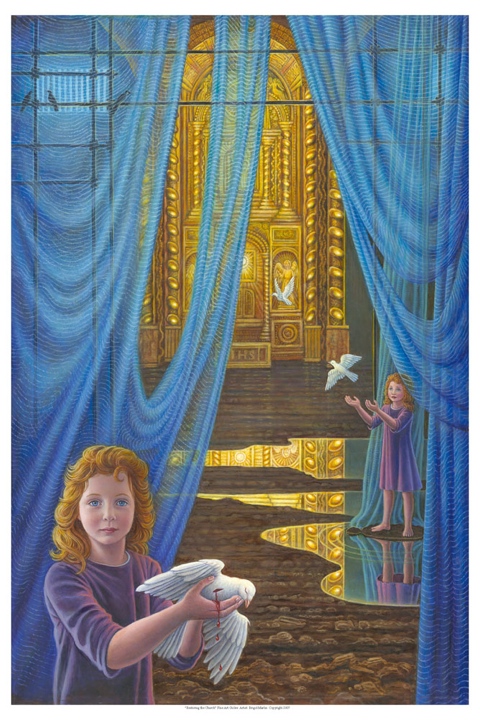 I was visiting a friend in Madeira, when we went to see the church in this painting. It had a beautiful and ornate golden altarpiece in the Baroque style, but it was obscured by the repair work that was taking place. However, instead of the usual grey dust sheets, the workers were using sheets of a beautiful azure.

I was so stuck by the image of the gold altar shining through the blue hangings that I photographed them and started to paint them back at my friend’s house. As the painting developed, I began to see a deeper meaning in the idea of ‘repairing the Church’.

There has been so much written about the suffering of children inflicted on them by those supposed to be their spiritual guides and protectors, that I realised the idea of restoring the Church has to go a lot deeper. In the picture a child with a challenging look on her face is holding a dove, symbol of the Holy Spirit, which has been wounded. In the background there is a note of hope, as the child releases new doves, just as we look to a new generation to bring spiritual renewal.