In the popular mind, Paris and Spring go together in the same way as London and fog. Because I live in Paris, and (on the whole) rather enjoy doing so, I appreciate the city in all its seasons, and at all times of the day (and night). Each season has its particular charm, revealing a different facet of its nature. However, after a long rather severe winter I take particular pleasure in observing the slow emergence of the leaves on the trees that line the boulevards and avenues and in the park not far from where I live. Yes, after all there is some truth behind the cliché of “Paris in the Spring”. 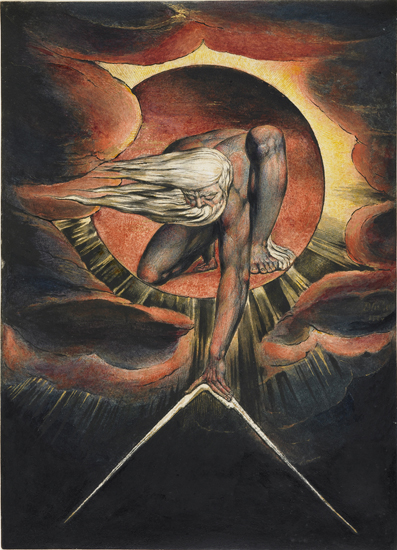 The season is marked culturally too. There are a number of interesting exhibitions at the moment, one of most interesting of which is devoted to William Blake and brings together a wide variety of his work from the tiniest engravings to large paintings. There is even his last work of all: a visiting card for his friend George Cumberland, completed just before Blake died and for which his widow charged 3 guineas. It is amazing how unknown Blake is in France (this is the first exhibition for over 60 years). Although the organisers of the exhibition try to situate him as a Romantic, Blake’s art is very far from the traditional Romantic view of art as “self-expression”. His attitude is perhaps best expressed in a letter where, talking about some of his works, he continues: “And tho I call them Mine I know they are not mine.” There is also an exhibition of Byzantine works from Mount Athos in the same museum: http://www.petitpalais.paris.fr which should not be missed.

However I would even more strongly recommend English-speaking visitors to Paris to see the latest production by Peter Brook at his wonderful theatre Les Bouffes du Nord (http://www.bouffesdunord.com). It is called “Love is my Sin” and is a “mise en espace” of some 24 of Shakespeare’s sonnets (he wrote 154 in all). As usual, an apparent simplicity conceals great art and subtlety. There are just two actors (both long-term collaborators): Bruce Myers and Natasha Parry, together with a musician who plays pieces by Louis Couperin on a keyboard and an accordion. Props are minimal (some wooden chairs and a large oriental carpet) and the piece lasts just an hour – but the total effect is overwhelming. The selected sonnets have been arranged into four groups: Devouring Time, Separation, Jealousy and Time vanquished, which form, as it were, a series of acts of which the sonnets are scenes. There is very little “acting” but the smallest nuance of movement, gesture, facial expression gives a context and continuity which culminates in the final sonnet, in which love is described as “an ever fixed mark”. It is a strong affirmation on which to end, but it is immediately “placed” by the wistful music which also opens the production: time and breath remain the human condition. There was a special silence both before and after: real theatre is a shared experience, and few spaces are more conducive to such communion than that of the Bouffes du Nord. The last performance is the 9th May, but it will certainly return next year, and may well go on tour. It is a theatrical experience not to be missed. Peter Brook has run the theatre with Micheline Rozan since 1974, but they are handing over to two younger administrators next year. However Brook will continue to produce: several projects have been announced, in particular a version of Mozart’s The Magic Flute.