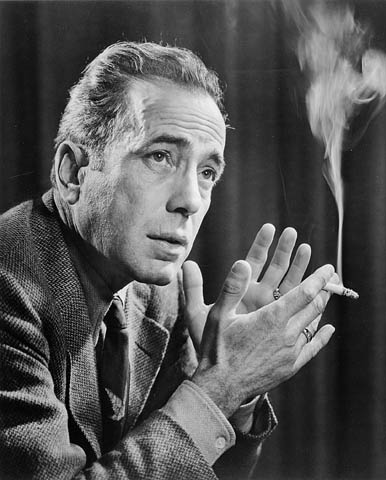 They Drive by Night USA, 1940. Directed by Raoul Walsh

A film in two distinct halves. The first half gives one an insight into the lives of truck drivers who carry cargoes of fruit from southern California to San Francisco. They compete for loads, have to deal with crooked wholesalers, and may be carrying poor quality goods, which they then have to sell. It is a life at the margins, and to earn enough, they have to drive by night- a driver with a sidekick. The hero of the film is one such (George Raft), and the sidekick is his brother (Bogart). Driving long distances by night when already very tired from this way of life is dangerous- one may fall asleep, crash and die, or be injured for life. The second half is melodrama, with a wicked and sexually very attractive but voracious woman (Ida Lupino), determined to get the man in her sights (Raft), who however remains loyal to his all-American and utterly boring girl friend (Ann Sullivan). The first half is riveting, and Ida Lupino makes quite an impression. One would not guess what a heartthrob Bogart would become.

To Have and Have Not USA 1945 Directed by Howard Hawks.

Famous for the first coupling of Bogart with Lauren Bacall, who meet in Martinique during the last war, when it was supposedly under the control of Vichy France. Bogart is an American who hires his boat to wealthy American fishermen, Walter Brennan is his “lovable” stereotyped alcoholic sidekick, and why Bacall is there is never explained. We do not really care, as the love duet of pretending-to-be-uncaring-and-hardboiled of these two cannot touch one. The plot- Bogart pretending he does not care about the war but coming to the rescue of the noble but incompetent Free French- is unbelievably corny. A nasty police chief promises well but is too soon cornered. Based on a book by Hemingway….. as bad as this? Bacall is glamorous but not feminine, Bogart tough and up to anything… charisma, yes.

The Treasure of Sierra Madre USA, 1948 Directed by John Huston.

Three down-and-out Americans in Mexico, an experienced gold prospector (Walter Huston, the director’s father), Bogart, and a young innocent (Tim Holt), who have never looked for gold before, set out for mountains in the wilderness, where unexpectedly they are joined by a fourth. What happens when they find gold- quite a lot of gold? Mexican bandits, the lust for gold…. It is a riveting character study of how a man may fall. Bogart’s best performance- and best film?