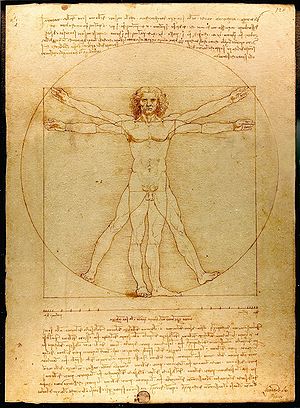 Observations on the development of the Alexander Technique and its relation to Martial Arts.

In the book Personally Speaking: Walter Carrington on the F.M. Alexander Technique in discussion with Sean Carey, Mr Carrington offers his view that the personalities of those involved in the different traditions of teaching the Alexander Technique, “made a significant impact on the way the Technique has been taught”. He goes on to say that Patrick Macdonald was interested in boxing, Wilfred Barlow in medicine, and that he himself was interested in the character and personality of Alexander. I can confirm from my own experience of working under these three men that there is a truth in this.

Dr Barlow was second to none when it came to working on what may be viewed as a medical aspect of the Technique, and his work on a pupil upon the table in this regard was exemplary. I found Walter’s work profoundly psycho-therapeutic in the proper sense of that word, as in that which pertains to the psychophysical organism.[1]

I wish now to write a little about boxing, especially as it relates to Mr Macdonald’s teaching. If one were able to understand boxing as a martial art, as it was taught to Mr Macdonald, then it could be said to have had an influence on his work, and one could understand a good deal about his teaching.

In my years with Mr Macdonald, I rarely heard him speak about boxing. On occasion he would refer to Muhammad Ali, who in his younger years had an excellent natural use, but no less would he refer to Fred Astaire or to the remarkable cricketer, Don Bradman. Sometimes he would fondly quote his old boxing teacher, Mr Merryweather: “I can teach you this but you are going to have to learn it yourself.” On one occasion, I heard Mr Macdonald actively discourage a young man who had sought his advice on taking up boxing as a career. Among the several solid reasons that he offered was that “Boxing is no longer what it was and has not been so for some time.”

It is a relatively short walk from Ashley Place, where F.M. Alexander taught for many years, to Westminster Abbey, and there, in the West Cloister of the medieval church, lie together the remains of John Broughton (1703-1789) and his wife, Elizabeth. John Broughton had been a pupil of James Figg (1695-1734), a boxer, fencer, and noted exponent of the quarterstaff. Together, these two men laid the foundations of what became known as English boxing. In their time, boxing was regarded as a martial art, no less than Judo and Aikido are today.

Many of Figg’s influences would have come from continental Europe. Two of the greatest historical centres of fencing had been in Italy and Spain. The Italian school, founded in 1415, was based in 16th century Bologna.[2] The Spanish school, first documented in 1569, became known as “La Verdadera Destreza” (“the True Skill”) or simply, the “Spanish Circle”. Whereas the Italian approach was based on the idea that “the best defence is offence”, the Circle’s main teaching was that the best defence was to get out of the way of the attack and that meant understanding a great deal about movements. Its techniques were based on the philosophical and mathematical works of such notables as Aristotle and Euclid, and it seems to have been influenced by Jewish and Islamic mysticism, probably through contact with the Marannos and Mariscos.[3]

Many movements from fencing were incorporated into English boxing, such as the rotation of the spine, swaying, shifting weight, parrying and blocking, and opposition between hands and back. Familiar both to boxing and to many students of Alexander Technique is the lunge, which dates back to the late 16th century in fencing, and which Mr Macdonald almost certainly encountered in his boxing training.[4]

Also woven into boxing were Savate and Bartitsu. Savate, a form of French foot fighting, was mixed with English boxing and became known as Boxe Francaise Savate, which translates roughly as “fencing with the feet and hands”. Bartitsu was a system of self-defense that was introduced to England around the turn of the 19th century by Edward Barton-Wright, a British engineer who had lived in Japan for some years. He drew heavily on the Shinden Fudo, Tenjin-Shinyo, Fusen, and Daito Ryu schools of classical jujitsu, and from Kododan judo, and combined these with combat techniques from English boxing. There were, of course, other influences, direct and indirect, on English boxing, not the least of which was archery, the art at which the medieval English bowmen excelled.

The defining qualities of Mr Macdonald’s teaching were those of a true martial artist. He had the ability to allow the placement of the principles of the Alexander Technique and to take them into dynamic motion – including walking, the lunge, a “swinger”, up-onto the toes, position of best mechanical advantage or “monkey”, and the squat.[5]

Mr Macdonald’s teaching of the rotation in the spine is a profoundly useful means of maintaining the teacher’s opposition to the pupil and setting up the dynamic oppositions within the pupil, and this is a prime example of a fundamental aspect of his teaching that has a correspondence in the martial arts. This was the same movement that I was shown in Tai Chi and Ba Kua (as well as Nordic walking and traditional dance), and has a connection to the defensive movement in La Destreza known as “circle and tangent”. In this movement as Mr Madonald taught it, the rotation, directed at brain-thought level, commences at the bottom of the spine. As far as he is able, the teacher keeps his mind in the movement, and as he maintains his back back-and-up in opposition to the back of the pupil, his hands are moving in tangent to the rotation. Meanwhile, the teacher’s hands on the pupil’s head are also in complementary opposition, the front hand encouraging the head forward-and-up, the back hand giving the back-and-up direction: “Forward to release it, up to co-ordinate it.” One may not be able to perceive this movement by watching films of him working, but when he was teaching it was going on all of the time.[6]

As in the martial arts, under Mr Macdonald’s teaching, initially one learned the movement externally – that is, as an outer form; in itself, this is not the movement. It takes many years to allow the movements to manifest from inside, and ultimately to be informed by a movement that is not of the body.[7] With practice, the energies can manifest into the body through the spine, which in the Alexander Technique is facilitated by allowing the neck to be free. As with any discipline – martial arts, learning to play an instrument, acting – it was far from being a given that one could learn these vital movements, even in their outer form, let alone to impart the teaching to someone else. Mr Macdonald provided the form consistently, which might or might not in time be met by “It”. When this quality was present, Mr Macdonald would say unequivocally, “This is It.”[8]

Like a martial arts master – or any master – he brought stillness and movement together. He did not waste movement; he did not waste words; he was watchful. He demanded simply, and with the right kind of seriousness, that you knew “where up is, and what up is”.[9] His art was the Alexander Technique. Words are not the best way of communicating his teaching, and words have a tendency to get stuck in the ordinary mind, rather than being weighed and “placed upon the heart”, so that they can be helpful towards understanding.

[1] The word psychotherapy has come to have a narrow, restrictive meaning. Psycho- is primarily a prefix indicating “mind” or “mental”. I have used it here as indicated by F. M. Alexander’s counsel to Marjory Barlow, that “You are not prepared to be mental enough”; in other words people do not use their minds properly. Therapeutic originates from the Therapeuts, who were members of an esoteric school dating from at least the first century A. D. Philo of Alexandria wrote, “The Therapeutae profess an art of healing superior to that in use in cities (for that only heals bodies, but the other heals souls…), or else because they have been instructed by nature and the sacred laws to serve the living God.” The Greek word therapeuein (‘to heal’) originally meant ‘service to the Gods.’ [2] Founder of the Italian school Lippo Bartolomeo Dardi had penned an influential treatise on fencing, De la Filosofia de las Armes (1583), in which he wrote, “Knowledge begins with use.” [3] Jews and Moors who, under prosecution or order of expulsion from Spain, outwardly converted to Christianity in order that they could remain on the Iberian Peninsula, but for the most part quietly maintained their own religion and traditions. [4] It should be noted that fencing was in its turn influenced by more ancient forms of martial arts (including boxing), some of which receive mention in the Chinese Classic of Rites, and in early Buddhist sources such as the Lotus Sutra, the Buddharata Sutra, and the Hongyo-kyo. [5] A proper squat, which both Mr Macdonald and Miss Goldie frequently indicated to me, meant leaving the heels well down on the floor. [6] No less was he aware of psychological oppositions, but he did not often speak of these. It should also be remembered that in this as in all things there are levels, “In stillness movement, in movement stillness.” [7] This is a movement that can in a sense be described as light manifesting into weight and is silent; and yet, with proper attunement though a quality of listening, it can be heard. [8] “You must learn to get out of the teacher’s way, learn to get out of your own way, then learn to get out of ITS way.” P Macdonald, The Alexander Technique As I See It. [9] Compare those attributes of Mr Macdonald’s teaching listed here to, for instance, English fencing master Joseph Swethem’s fundamental principles: a good guard, true observing of distance, to know the place, to take time, to keep space, patience, often practice. See The School of the Noble and Worthy Science of Defense by Joseph Swetham (pub. In 1617).