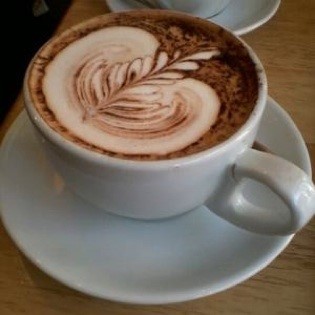 The In Between editors were surprised to learn that the original article on coffee and cafes in London is widely read. Recently, a new reader registered at In-Between – who turned out to be an old friend I had not seen for several years. An email and a phone call later we agreed to meet – for coffee, of course- and decided on a cafe neither of us knew, Benugo, in Great Portland Street (just outside the West End area defined by the article i.e. Oxford Street in the north, Tottenham Court Rd-Monmouth St-St. Martin’s Lane in the east, Leicester Sq-Jermyn St to the south, Bond St to the west). In Benugo we managed an extended intimate conversation despite too-loud music and indifferent ambience, helped by decent coffee. You have to bring the ambience with you. Score: 6.

As a postscript, my re-discovered friend joined us on a recent trip to a Normandy farmhouse that we are restoring, and where the coffee is very good (but that is another story!) and I felt a need to update the coffee article, so here we are.

The original version began: A recent newspaper article compared the coffee to be had in the country’s four largest café chains. It seemed a strange approach: surely anyone serious about coffee wouldn’t be writing about these chains? What is more, although giving the lowest score to Starbucks, it still gave it 5 out of 10. My score for that chain: 0. Then I reflected that if a national newspaper was to review the nation’s cafés, what was it to do? How to deal with the problem of location? For some strange reason they did not offer me a princely sum to spend a year travelling through Great Britain and reporting on, let us say, 360 cafés. (I would have tried two a day, but I am sure that at least half would not deserve any mention). Update: the chains are bigger (but not better) than ever.

…..many of our readers either live in London, or visit it regularly. Therefore, this article will again focus on coffee in London, where “London” is defined….. as described above. Last time we began our coffee tasting from the northern exit of Green Park station, but this time we will go on from Benugo. Will an old man like myself still be able to traverse this whole area on foot?

Staying a bit north of Oxford St, there is Caffeine in Gt Tichfield St, in the rag trade area. If that is your trade…. Otherwise, I doubt if the ambiance would appeal. Coffee passable- score, 5. Further up the same street on the left is a Swedish Delicatessen with a Scandinavian clientele looking for their favourite reminders of home, and a couple of tables where you can have a coffee. Not really a café. Score: 2. Lantana, in tiny Charlotte Place, is Australian, with some strange dishes….Score: 3.

Further east, just in Holborn, is Wild and Coffee, described at the end of the article Don’t return to Dalston.

Back to Oxford St and in Ganton St off Carnaby, there is the Sacred Café. Determined not to be offended by the name, I find the coffee good, a good chocolate brownie, but the main café overwhelmingly noisy with pop music. One can, though, retreat downstairs (though surely part of the charm of a city café is to watch passers-by), or, when the English weather relents, sit outside. Not bad. Score: 7.

From there, we progress into Soho and the Patisserie Valerie in Old Compton St (the mother of a small but growing chain). This still scores high for ambience, partly out of nostalgia for the old more atmospheric days when the air was thick with cigarette smoke, and the scene vividly recalled a French film noir, with Arletty as a French prostitute and Jean Gabin as her man. There are regulars, lengthy conversations, old friends greeting and staying. Its heyday has passed, but something lingers. Coffee, slightly bitter; patisserie is, curiously, somewhat better than before; service quite quick, neither friendly nor unfriendly. Worth a visit: score: 8.

In Berwick St, in the thick of the market, is Flat White. Good location if you are shopping there but, pace Michelin, not worth a detour. Score: 4. Then via Cambridge Circus to Monmouth St where the Monmouth Café offers coffees from different countries. So, interesting coffees, patisserie lacks appeal, mysteriously uncosy and so the ambience is pretty low. Score: 7. (However, there is also a Monmouth café at one end of Borough Market- way off our map- which is fantastically busy, long queues, chaotic, and somehow charming. Score: 9. And in a side street round the corner, wonderful cheeses, and a good German shop with bread, sausages, intriguing jam, Marzipan….) A diversion from here to the Patisserie Valerie in Charing Cross Rd is not recommended- it seems to lack any individuality and the Café Mocha is not a patch of that in St James. Going south into St Martin’s Lane, I can no longer find Epoca, which scored 0 for ambiance, 9 for friendly service and 10 for its late lamented Cappuccino.

A longish walk through Leicester Sq and thence along Jermyn St- worthwhile men’s shops and good cheese- brings us to the Patisserie Valerie at the corner of St James and Piccadilly (unless you first go to Justerini and Brooks, superb wines and the best selection of German wines in Great Britain). A brilliant location and a fabulous Café Mocha, still the best in London. I find the ambiance a bit comical and therefore enjoy it, although it’s not really my scene: the tourists who have ridiculously expensive breakfasts at half-past ten (but perhaps they are skipping lunch) are fun to watch, and although the tables are close together and you may have to share, it is possible to chat well. Patisserie has some attractions: cherry frangipane or apricot tart, anyone? Expensive, but worth it. All in all: score 9.

The Café Nero almost across the road has the advantage of tables outside. It is more informal: you have to queue, the service is friendly, acceptable chocolate brownies but, as a correspondent pointed out, the coffee is obviously from the inferior Robusta and not from the tastier (and more expensive) Arabica bean. 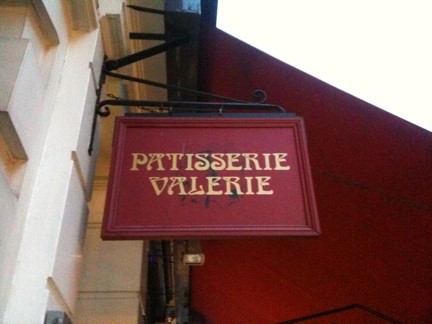 A response to The Best Coffee and Cafes in London

One comment: as pointed out in the above article, Café Nero’s coffee is bitter indeed – and the reason being is that they do not use pure arabica beans but a blend ‘contaminated’ with the abominable robusta (a filler in low-grade coffee blends)! Also, their coffee is neither fair-trade nor organic, which is why I refuse to go there anymore and strongly believe that Nero does not deserve a mention among “best cafes” in town…

One recommendation: The Independent Coffee Book-London by Evans, Pryce & Frankowski. Evans and Pryce are two lovely Brighton guys who wrote the guide to the independent cafés in Brighton in 2011 before taking on London in 2012. The Brighton guide is a great little book, which I have used to go on a coffee trail last year with a dear friend of mine. It was so much fun (we managed 8 Cafes in 4 hours!), and the above article reminded me of our fabulous tour from one great café to the next…

And one more recommendation: http://blackgoldmovie.com/ – a brilliant and eye-opening documentary about the coffee trade. In my view, a must-see for any coffee lover today!