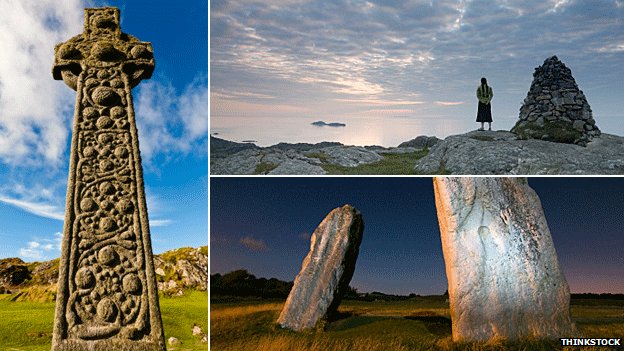 Hosted sympathetically by Neil Oliver, the series traces the evolution of sacred sites, beginning with the Stone Age. There were some fascinating revelations, including the finding of antler picks lying where they were left by flint miners at Grimes Graves in Norfolk. The programme raised questions – for example – why were hundreds of tunnels dug more than twelve metres into the chalk to find flint when it was readily available on the soil surface? Most evocative though were the sections on Avebury and the extraordinary (and new) archaeological finds at the Ness of Brodgar on the Orkney Islands, which appear to suggest that this remote northern settlement was the originating site in Britain for the development of communally built stone circles. The episodes are available on DVD