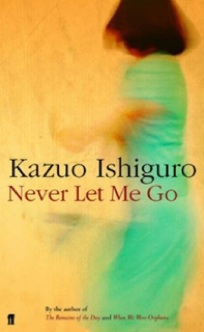 The novel by Kazuo Ishiguro

At first the casual, confiding tone of the the story makes it seem almost banal. It is set in the late 1990s and we are inside the head of the narrator, Kathy H. , a ‘carer’ who is reassessing her life and reminiscing about her schooldays. These were spent at a private boarding school with an emphasis on the creative arts. Increasingly we become aware that some of the details she mentions are strange-the weekly medical inspections, the lack of contact with the outside world. Though the pupils were told that much was expected of them, what was it that they were not being told? What did they really know about themselves and at what age, Kathy questions, as she looks back into the past. When did they first hear about ‘donations’ or ‘completion’? Hints emerged, she recalls, but quite naturally they did not dwell on them. I was struck by how true this is of childhood and adolescence where one’s inevitable conditioning offers little alternative perspective from which to question life.

So it is that a claustrophobic atmosphere is created and an underlying mystery keeps one turning the pages. Kathy also examines her formative friendships. As an adolescent she could hardly admit to her feelings for Tommy or free herself from the wish to be allied to her dominating friend Ruth. When they are older, still confused by her feelings for them both, she resigns herself to Ruth’s claim on Tommy and it is only much later, almost too late that she can admit she loves him and can be loved in return.

Rather than disclose the basis of the story it seems more important to say how profoundly disturbing I found the book. I saw in it the reflection of the fact that for most of the time we are quite unaware of the fact of our own death. The parallel world that Kazuo Ishiguro has created in such faithful detail is an allegory for the way we live our lives – one is reminded of the fable about the magician who so hypnotised his sheep that in their contentment they were quite happily unaware that they were being bred for slaughter. 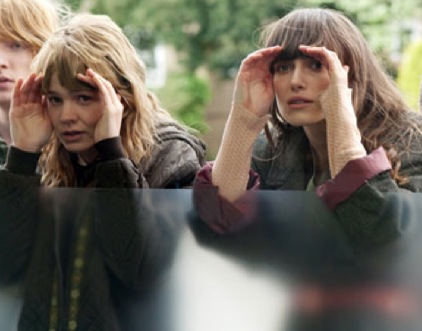 The film – on general release in the UK February 2011

I wonder how the audience will be affected by the film of this book? Will its effect be softened by the fact that the actors are so attractive to look at, and the disclosure of the purpose of the school is less gradual? The plot is condensed so the love triangle becomes more dominant, there is little narration but feelings come to life in dialogue and close ups of the actors’ faces. Much is said visually by the telling choice of settings and lyrical moments, like the trek to see the old boat stranded on the beach, are touchingly conveyed. Some changes are particularly effective: Tommy’s impotent rage when he was being teased and bullied as a schoolboy remains as in the book but in the film it is later echoed by his howl of anguish as an adult, when he finally realises his fate is sealed, there are no ‘deferrals’ despite being in love.

After a preview there was a question and answer with both the script writer and the author who was happy with his work’s translation to the screen. He reflected that the actors had revealed sides of the characters that he had been unaware of when writing. Personally though, I most value the impact the novel had on me before I saw the film.