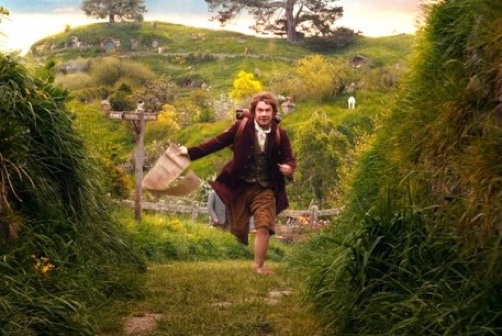 A surprisingly good (but long) interpretation

The Hobbit was one of my favourite books from childhood, not least because of one of my primary school teachers, Mrs Elias, who did wonderful vocal characterisations of Bilbo Baggins, Gandalf, Smaug the Dragon, Gollum, and the dwarves that still live with me 40 years on.

When it became clear that the story was going to be filmed by Peter Jackson (who made the Lord of the Rings trilogy) and released in three full-length parts, I groaned inwardly. How can a book which is so short be padded out into three long films? My children, who also love the book, had to use all their considerable skills of persuasion to get me to take them to watch the first instalment. So it was with a sense of foreboding (I recalled how the recent Harry Potter finale, whilst being the best film of the series, was still a pale shadow of the book), that I entered the cinema.

The film starts with the spectacular overthrow of the great dwarf stronghold of Ereboth in The Lonely Mountain by Smaug the dragon and the resulting exile of the survivors led by Thorin, the grandson of the King of the dwarves. Sixty years later, an unwitting hobbit (Bilbo Baggins), used to living a comfortable, uneventful life is chosen by Gandalf the Grey wizard as “the burglar” to go on a quest with 13 dwarves led by Thorin in an attempt to defeat Smaug and re-gain their lost kingdom.

The film is generally faithful to the book, and whilst the screenwriters have (unsurprisingly) expanded the action sequences for the big screen, they have also picked up on small references in the original story and expanded them in the film, such as the arising of a mysterious dark power in the green wood which may or not be the evil sorcerer Sauron, and the stone giants on the Misty Mountains.

The start of the film is deliberately slow, as the main characters are introduced but once the journey begins, the pace picks up quickly and then never lets up, as the quest leads to encounters with trolls, elves, orcs and giant wolves, and of course, Bilbo’s fateful encounter with an ancient, slippery and sly creature called Gollum. The scene where Bilbo and Gollum play a desperate riddling game is one of the best parts of the film.

The special effects are, of course, state of the art and the whole film is dazzling to look at – from the epic sweeps of mountains and plains (filmed once again in New Zealand) to the splendours of the elven stronghold of Rivendell, and the gold-filled halls of Ereboth. The creatures (especially the orcs and ferocious wolves) are very realistic and (for young children) very frightening. But what anchors the film is Martin Freeman’s performance as the Hobbit. He authentically conveys a sense of an “ordinary” person catapulted into extraordinary circumstances. Bilbo”s journey on the quest is a much more personal one – of trying to find his feet and his courage. There is a strong, predominantly British cast of supporting actors, including Richard Armitage as a brooding and aloof Thorin, Ken Stott as Balin, James Nesbitt as Bifur and of course Ian McKellen reprising the role of Gandalf. The tone of this film is lighter than the Lord of the Rings, with more moments of humour (although one particularly funny part of the book where Gandalf tricks three trolls into fighting each other has been left out) and it managed to rekindle some happy childhood memories and a sense of wonder. Although the film is too long, I’m looking forward to seeing the next part. And our children loved it.