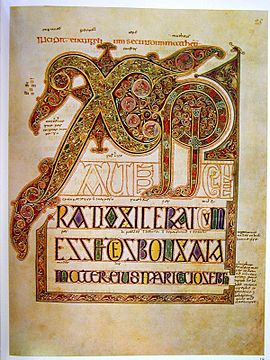 This series is written, directed and presented by Waldemar Januszcak who, it must be said, is not appealing. He is enthusiastic but very opinionated, out to convince us that the waves of migrating tribes from the east (Avars, Goths, Huns) and north (Vikings)brought great “art”. Perhaps they did- it certainly “looks beautiful”…. but what is “art”? The long held historical view that after the fall of the Roman Empire, there was a cultural descent into chaos and darkness is certainly open to question. Some of the historical treasures shown are extraordinary, including the Lindisfarne Gospels. Januszcak does not care for the remarkable cathedral at Aachen, built in the reign of Charles the Great. In the Cathedral treasury is some of the art of the Dark Ages…. and yes, it is very beautiful. Keep calm while Januszcak rants- on balance, it’s worth it.