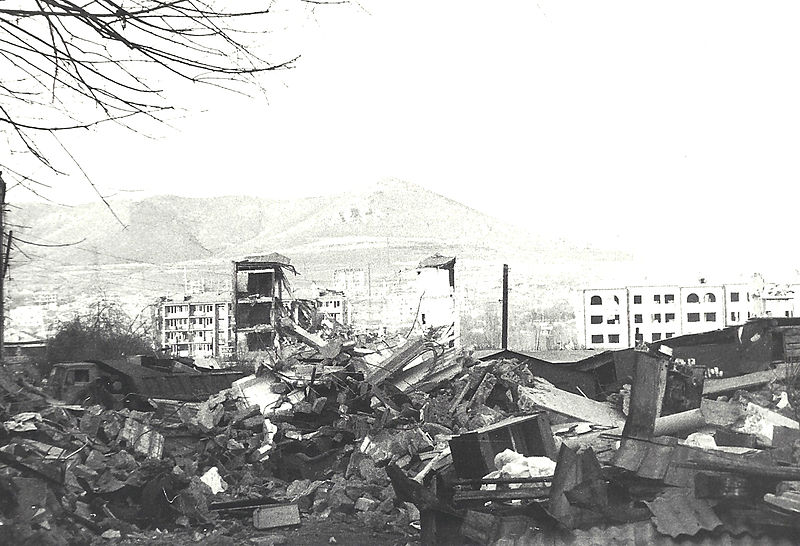 In December 1988, a large earthquake struck northern Armenia, killing over 25,000 people and leaving many more homeless. In this BBC Radio 4 programme in the Crossing Continents series, some of the British rescuers who spent time in the immediate aftermath of the earthquake return to the town of Spitak to find out what has happened in the intervening years. What they find is a town that not only had to deal with physical destruction but the results of Glasnost and the collapse of the Soviet empire at the end of the 1980s which led to the closure of most of the factories in the area.

There are deeply moving personal accounts of the earthquake, and what becomes evident is the courage, steadfastness, dignity, and generosity of spirit of the survivors.  A gift given by a mother to the rescuers who spent many days searching in vain for her two children is particularly affecting, and left a lasting impression.   The programme contains some hauntingly beautiful duduk music (a Djivan Gasparyan recording of A Cool Breeze is Blowing) which not only conveys the sense of separation between the survivors and loved ones they lost, but also invites inner reflection.