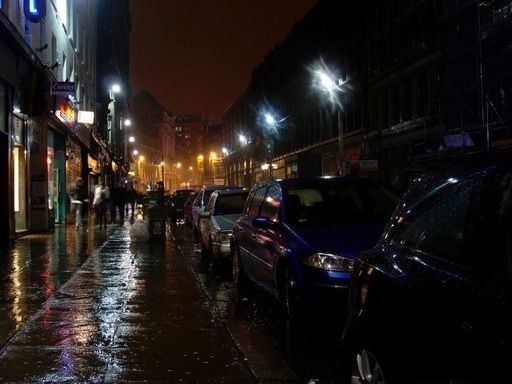 It had been an interesting evening with some old friends. I had to walk a short distance to my car for the drive home. The street was quiet – an affluent West Kensington enclave on a cold winter’s night. I unlocked the car door and was just about to open it when a low, insistent voice called out – “Can you help me, I need someone to talk to? I fear I may harm myself.” I turned round, surprised that I had not noticed the tall, coated figure close by and tried to gauge the intent of this unexpected interruption.

A long moment passed as we looked at each other. The man was in his late fifties, with greying hair and sad, dark eyes. It was impossible to tell if he had come from one of the houses nearby or had been walking. What to do? There was an initial reaction to ignore him (how dare he delay my progress!), get in the car and drive off. But this was swiftly followed by a much deeper recollection of previous refusals to help others. The time I could not stop to help a paraplegic man to eat a meal because I had to attend an important meeting, and almost on the same spot years before, refusing to sponsor a young man with mental health problems to allow him to get accommodation. In that same moment, the reason for that second refusal became clear – how having been unable to listen attentively to my sister the last time I saw her before her death, the idea of dealing with something similar less than a year after her passing was unbearable.

There was now a much deeper quietness and a silent but strong wish to stay. This time there would be no refusal. I heard myself inviting the stranger to sit in my car, aware there was still some peripheral apprehension about my own safety. He began to speak about how he’d lost most of his friends to drugs and drink, and how he did not have anything to live for. I tried to listen to him and myself, sensing his desperation. What could be said to him? I told him about my sister’s illness and suicide at a much younger age. And then some words from Viktor Frankl’s little book, Man’s Search for Meaning, came to me, and were understood – that everyone has a purpose in their life which they need to find. Frankl built his logotherapy practice based on a deep conviction that if a man or woman loses their fundamental meaning, then they stop living. He had ample opportunity to test his ideas during his horrific experiences in the Nazi concentration camps.

I cannot recall how long the conversation lasted, only that there was a sense of a real meeting. I gave him my phone number, and when he phoned me the next day I passed on the contact details for the Hammersmith Mental Health Service and MIND, impelled by an inner conviction that no-one else should be lost. Over the next two days I received one more message from him and then there was silence.

The demands of family and work re-asserted themselves. But whenever I return to this part of London, I often think of that evening, and hope that the stranger found his way through that period of despair. Do we have to rely on extraordinary circumstances to share our common humanity?

As a footnote, I would strongly recommend Viktor Frankl’s book.

Another useful link (Rehab 4 Addiction) is enclosed below:-