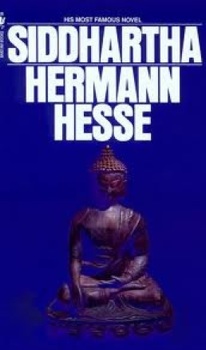 The story of a seeker

When I was a teenager, Hesse’s vogue amongst the followers of the counter-culture which had started in the 1960s aroused such strong prejudices in me that I refused to see any merit in his work, even when hearing it recommended by people whose opinions I usually respected. When studying German at school we were even set to read two of his novels, both of which I somehow failed to read properly.

Thus it was only well into my forties when the old youthful prejudices had largely faded away, that I felt able to revisit Hesse’s work, starting with the great Narcissus and Goldmund, one of the two books I had supposedly studied at school, after which I read Siddhartha. As with Narcissus and Goldmund, I felt strongly that this is a book with real inner content. Hesse was a seeker, not just a dabbler in ‘high ideas’.

Siddhartha is also a seeker, a contemporary of the Buddha. Although the two meet, Siddhartha does not feel able to join the great friend of his youth and many others in becoming a disciple, convinced that he has to follow his own subjective path, allowing life to teach him.

The path is a winding one, not at all what he could have imagined as he set out. It has diversions and delays, disappointments and apparent failures. Eventually, when the time is right, he does find a teacher, a humble old man of few words, and the path winds on.

At my stage in life I can feel a real kinship with Siddhartha and his search, but this feeling of comradeship is the fruit of my own years of search, with all their struggles, disappointments and apparent failures, through all of which I can just sense the growth of a new inner life.

If I had read this book as a 20 year-old, what would I have made of it? If I had been able to set aside my childish prejudices, I might have found it interesting, although the aspects of the story which appealed to the 60s generation – specifically Siddhartha’s refusal to obey his father and conform to the expectations of society – would not have struck me as particularly important. Yet, I could not have felt remotely as I do now, could not have felt that, despite the complete lack of resemblance between our lives, Siddhartha and I are companions, brothers in a common search.