The Conquest of the Middle East 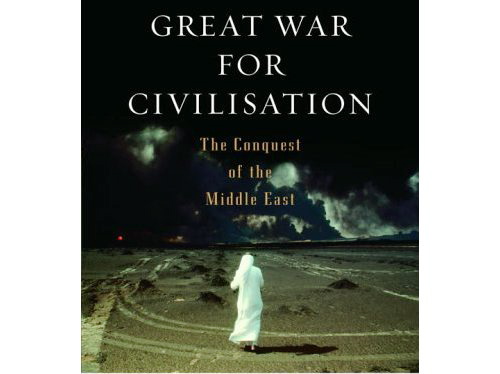 This is a large book spanning nearly 1,400 pages based on years of reporting by Robert Fisk, a journalist who tends to evoke strong likes and dislikes.

In the preface to the book the author relates that when he was a youth he accompanied his father around the battlefields of the First World War, the conflict that H. G. Wells called, ‘the war to end all wars’. His father, Bill Fisk, had served as soldier in that conflict. His parents and particularly the father keep returning ‘repeatedly and painfully’ throughout the pages moving their son to question the widely accepted view of history and particularly that of war.

He informs us that governments, “want their people to see war as a drama of opposites, good and evil, ‘them’ and ‘us’, victory or defeat. But war is primarily not about victory or defeat but about death and the infliction of death. It represents the total failure of the human spirit.” Robert Fisk felt that his calling in life was to become a responsible journalist (rather than a puffed–up, fantasy one) and to challenge “authority – all authority – especially so when governments and politicians take us to war.”

The writing covers a wide distance from Afghanistan to Algeria. Fisk does not claim to be objective. He offers his view of conflict within several countries – Iran, Iraq, Israel/Palestine, Saudi Arabia, Turkey, and Algeria. He records the consequences and legacy of British, French and Turkish rule and the more recent involvement in the region through coups, invasions, and occupation by the Americans.

He questions ‘the war on terror’, what does it actually mean? He poses questions on the widespread use of torture, assassination, and selective military intervention by countries that claim to be democratic. What emerges is widespread confusion, corruption, lies, propaganda, deceit, vested interests and determined self righteousness in the war of good against evil, whether that claim is made by an American President, British Prime Minister, or a Taliban leader.

Much of the book can be summarised from a paragraph in Chapter 23 entitled Atomic Dog, Annihilator, Arsonist, Anthrax and Agamemnon. A few hours after the ‘liberation’ of Iraq Fisk walked into Saddam Hussein’s Presidential Palace.

“Did I sit on Saddam’s throne? Of course I did. There is something dark in all our souls which demands and understanding of evil rather than good, because – I suppose we are more fascinated by the machinery of cruelty and power than we are by angels.”

In the concluding paragraph of the book he states,

“I think in the end we have to accept that our tragedy lies always in our past, that we have to live with our ancestor’s folly and suffer for it, just as they, in their turn, suffered, and as we, through our vanity and arrogance, ensure the pain and suffering of our children.”

This is an angry book written by a man who has lived many years in Lebanon, has reported extensively on conflict, and given the width of his sometimes hair raising experiences, is fortunate to be alive.