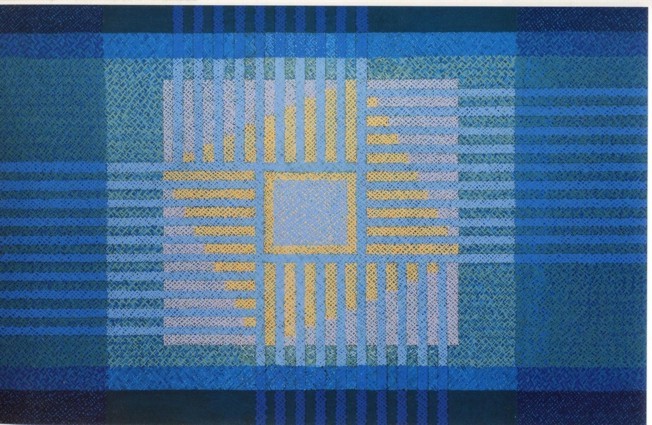 It seems that number appears in our lives for the most part firmly confined to the essential purpose of quantifying things. Without the existence of number how else would the necessarily human processes of counting and calculating have become possible? So it is quite likely we will have assigned number solely to those activities which we have come to regard as, so to say, residing exclusively within the province of mathematics.

As a professional artist, I am confident it is not necessary to have anything more than the most elementary knowledge of arithmetic in order to appreciate some of the astonishing experiences that are to be encountered in the realm of number.

But what really is meant by ‘number’?

To quote one writer on the subject of mathematics and its mysteries; “The greatest discovery of all humankind may well have been the natural or ‘counting’ numbers.” It is the natural sequence of numbers 1,2,3,4,5,6,7,8,9, plus zero that constitute the simple structural elements contained in the artwork above.

However, instead of placing the ten digits in line 0,1,2,3,4,5,6,7,8,9, they have been duplicated and placed in two vertical columns. The first column proceeds from 0 down to 9. The second column is the same sequence but in reverse, 9 down to 0. The dotted line indicates the union of each pair of numerals which, in every case of course add up to 9. The process of combining each pair of numerals (or any number of numerals) and arriving at a sum is called theosophical addition. The visual representation of the sequences has been rotated three times to form a square in the painting:

What possible meaning does theosophical addition have, and what may be so special about 9 in our decimal system of numbers?

A route to the deepening of both those questions is offered when the recurring decimal fraction of 1/7 is carefully studied. From that point onward, the process of theosophical addition is able to expose truly astounding patterns of numerical symmetry, mirror imagery and the like, each revealing the most breathtakingly beautiful designs. Although over and above these aesthetic qualities are the countless questions which quite naturally emerge concerning the relationship between the simple sequence of natural numbers and the ten digits of the decimal period with which we are so familiar.

The possible outcome of any acquaintance with theosophical addition may be the quite overwhelming sense that number is speaking to us of potential wholeness as well as the proportional interconnectedness of things. So it should be clear that such an unfolding study and its relationship to visual art can never be characterised as a sterile intellectual exercise. Rather, within this particular search for meaning a profound collaboration between heart and head is evoked, together with an ever more powerful sense of wonder.