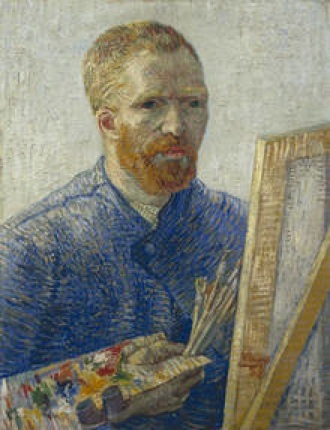 The Artist and his Letters

An Exhibition at the Royal Academy, Piccadilly, London 2010

Looking at the early drawings, including the little sketches in his letters, I received a strong impression of a man who had to draw- to express in visual form the vivid impressions that the outside world gave him. It was a shock, as I had never been open to that impression before, not having anything like such a strong visual sense myself. Just as Rilke had to be a poet, whatever the cost, Van Gogh had to be an artist. It seems obvious- is it even worth saying? But by no means is the obvious necessarily actually experienced.

I also found myself asking, what might be the value of someone who is not an artist commenting on the work of someone who is. But aren’t almost all the books and comments and criticisms of art- not only the visual arts, but the “arts” in the widest sense- by non-artists? And how valuable are those biographies, histories of “artistic movements” and fashions, and comparisons? How much of it is just “mind stuff”, or “like” and “dislike” dressed up to seem carefully considered or passionately believed? How do we understand the changing opinions as to the merits of an artist, composer or writer, and indeed of art itself? What is Art? Evidently, our conception of that has changed greatly over time. One view of that was: “In the Middle Ages, art was for God’s sake; in the Renaissance, art was for Man’s sake; in the nineteenth century, art was for art’s sake; and in the twentieth- there is no art, for God’s sake!” (Chesterton)

One does not need to read the letters to feel that Van Gogh had what is said to be a “great feeling for nature”. What is nature?? I would rather say- Van Gogh was helped through his artistic search to have a feeling for the wonderfully varied expression of the energy we call Life. This visitor to the exhibition is someone who has never “liked”, understood what are called “still lives”, finding a human face so much more interesting than paintings of bowls of fruit, for example. It was another shock to find myself stopped, literally stopped, in front of Van Gogh’s paintings of vases of flowers, simply because of his vision that the flowers were alive- that is, an expression of life.

Well, see for yourself. And check whether the “First Rule of Art Exhibitions” holds true- that is, that there will not be available a postcard reproduction of the “best”(?) works. 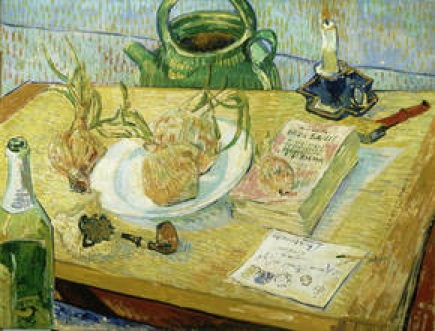 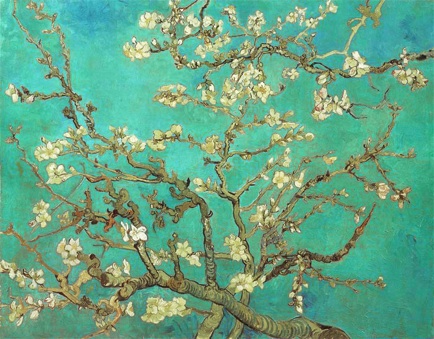