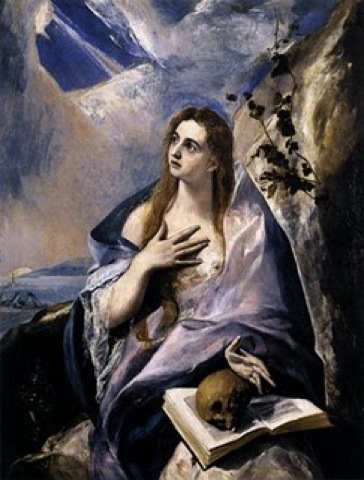 Treasures from Budapest: European Masterpieces from Leonardo to Schiele

This exhibition from the Museum of Fine Arts, Budapest and the Hungarian National Gallery, is about to close. Nevertheless, something can be written which can be thought about long after this particular event.

One can clearly see the loss of any real sense of the sacred. In the earliest religious paintings shown here the Renaissance is already rushing on, the baby Jesus is just any bambino and only sometimes in the earlier depictions of the Virgin is there a trace of real being and wonder in her face. In place of any real feeling for the mystery of the incarnation and of presence, we have instead lots of big gestures, movement and drama- it is all completely ordinary. As time passes the painters become more and more “realistic” in their imitation of the outer. Tremendous technical painting skill developed, the much-admired religious (Italian) paintings are actually empty, and the best work is in new genres which the painters could manage- portraits and landscapes.

It is amusing to note how they could not resist putting breasts in paintings in which they have no place- for example, note the nipple peeping through a thin dress in El Greco’s St Mary Magdelene (just like a model photographed in a wet blouse), or in Kupecky’s Self-portrait of the Artist with his Wife and Son, where one breast is completely exposed. What was the impulse?

Amongst the drawings, two by Leonardo stand out: Soldiers in the battle of Angliari shows what may become of us in war.