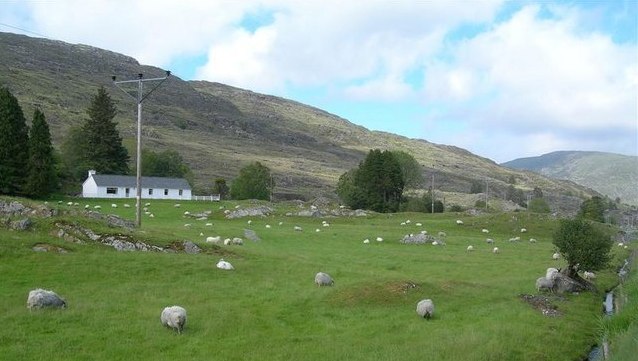 Torrential grey-dark clouds churned by strong, southwest winds rear over the landscape. Two men, a farmer’s sons, stand on mud-cold ground. It is June in the hill country; the meadows lie broken by harsh weathers, their wild flowers and grasses decaying into a black, soaking rot. The wild solitude has within it a call of burial for the few remaining hill farmers. Over the last century they have been gradually cleared away though poverty, emigration, mechanization, or the yearning for something better.

The second son, he left to go to the big city in the east to be educated and later emigrated to work in faraway lands. As he grew older he questioned all that he learnt, for he began to feel that his life lacked substance and his material work, although well paid, was utterly meaningless. He gradually discovered that most of what was deemed progress and development harbored loss, confusion, and bewilderment.

They became friends as the years passed, the two sons. Something silent drew them together. Now, one visits the other on ancestral territory among hills with ruined houses; land planted with fast-growing, government-owned pine forests; and slopes sprinkled with commercial wind turbines. The one who remained speaks: “It will see me out, but in another decade there won’t be a farmer left in these parts. Maybe a community will come back, but not in my time.” There is neither sadness nor sentimentality nor hope in his quiet words; it just is as it is.

Though they are bonded through blood, it is the spirit of something other which helps the brothers to wordlessly acknowledge and rest peacefully in each other’s company. As the evening gathers weight, they watch over a small herd of highland cattle. The hardy animals stand side by side with their rumps aligned against the forceful, pitiless wind.