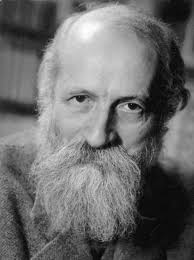 What can non-Jews learn from the sayings of a pious, ultra-orthodox. self-isolating, mystical sect of East European Jews? More than we might expect.

I first learned about Hassidism when in the early 60’s I read “Tales of the Hassidim” by Martin Buber, a German Jewish philosopher who taught at the Hebrew University in Jerusalem where in 1958-9 I studied in my junior year. I was impressed by the passionate joy of the Hassidic Jews that I met, and put off by their total focus on the details of ritual life. During that year in Jerusalem I decided to change my plans to become a particle physicist and become a Reform Rabbi and as a result of reading Buber’s books about Hassidism I have never looked back.

Buber was popular among Jewish and Protestant thinkers in the 1950’s-1970’s for his emphasis on directly encountering God by personally experiencing a spiritual relationship with God, and all of God’s creation.

Buber asserted more than a half century ago that, “the purpose of all great religions and religious movements is to engender a life of elation and fervour which no (later) experience can dampen and stifle.”

God’s love can be experienced in many ways; but its outcome is always a form of redemption.

For many people, Hassidic Jews are noticeable because of their Amish like dress and ultra orthodox behaviour. But it is their unique stress on trusting in God and elevating one’s soul through joyful religious activities that makes them distinctive.

There are many ups and downs in the life of every person and every nation. How an individual or a community meets the challenges of life is strongly influenced by the mind set one has prior to the challenge. Reacting with despair, discouragement and helplessness reduces the chances of overcoming obstacles. Reacting with hope, faith and confidence increases the chances of a successful response.

One of the strengths of religion is that it prepares its adherents to deal with adversity from a larger perspective than ‘just my bad luck’ self-pity and resentment. By avoiding despair we avoid defeat. The following stories and sayings give a taste of the inner life of  the Hassidim which convey a trust in God that leads to redemption.

Rabbi Mendel of Kotzk once referred to a certain Hassidic rabbi as “a righteous person in a fur coat”, explaining: “When it is winter and it’s freezing cold, there are two things one can do. One can build a fire, or one can wrap oneself in a fur coat. In both cases, the person is warm. But when one builds a fire, all who gather round will also be warmed. With a fur coat, the only one warmed is the one who wears the coat. So build fires.”

Rabbi Moshe of Kobryn taught, “When people suffer they should not say – That’s bad, that’s bad! Nothing that God imposes on us is bad. But it is all right to say- That’s bitter! For there are some medicines that are made with bitter herbs.” Some people are embittered by adversity while others are strengthened by it. How we react depends in large measure on our attitude. Making oneself a victim leads to self-pity, hopelessness and despair. But you do not have to entirely ignore or deny your pain. It is acceptable to say it’s bitter as long as you also think – I can make something positive from this.

Rabbi Simcha Bunam taught, “Everyone should have two pockets, so you can reach into one or the other according to your needs. In the right pocket should be the words- For my sake was the world created. And in the left pocket the words- I am dust and ashes.”

He also taught:- “The first thing the high priest must do before he enters the Holy of Holies, so that he will not forget the everyday needs of the people [Leviticus 6:3-4] was to remove his elaborate clothes and put on simple clothing, to remind himself to pray for for the day-to-day needs of everyone else.”

Rabbi Nakhman of Bratzlav said: “The whole world is one long narrow bridge, so it is essential not to make yourself afraid.”

Rabbi Barukh of Mezbizh said: “What a good and bright world this is if we do not lose our hearts, but what a dark world, if we do!” And a Hassidic Sage who was near death got up and danced. When they tried to stop him he said, “This is exactly the time to dance.” He then told them a story and concluded, “When they come to you with a very difficult demand, that is exactly the time to dance.”

Once on the holiday of Simhat Torah the disciples of the Baal Shem Tov were at his home dancing and drinking. After several hours the Baal Shem Tov’s wife said she was worried they would drink up all the wine in the cellar and there would be none left for the Shabbat blessing. Rabbi Israel, the Baal Shem Tov, told her she was correct. Go tell them to stop.

She went to the room where they were dancing and saw a ring of blue light around the dancing men. Then she herself went to the cellar and returned with a jug of wine in each hand.

Rabbi Mordecai of Lekhovitz taught, “We must not worry. Only one worry is permitted. We can worry about being worried.”

Rabbi Yaakov Yitzhak of Apt told this tale about himself. “Once when I was walking along a road by myself, I came upon a huge hay wagon which had overturned. A Christian peasant standing beside the wagon called out to me, begging me to help him lift up the wagon. I knew that the Torah says (Deuteronomy 22:4) that it is a Mitsvah to help someone in a situation like this, but I was sure I was inadequate to do it; so I replied,” I can not do it”.

He replied that I could, but I was not willing. That struck me to the heart. So we took some boards and inserting them under the wagon as levers, and using all our strength, we lifted the wagon upright. Then together we lifted the bales of hay and placed them on the cart. I asked the peasant if I could walk with him along the road and he said, “come right along brother”.

We trod along together. Then I asked him why he had said I was unwilling to help him. He replied, “Because you said you could not do it. No one knows if he can do something until he has tried it.” “But why did you think I could do it?’ I asked.

He answered that he needed help; and he thought maybe I had come along this way, at this time, to help him. I smiled and said,“Soon you will tell me that your wagon overturned in order that I might help you.” and he said, “Of course brother, what else.”

The real challenge is to produce people who can see and believe in miracles and Rabbis who can see beyond the narrow confines of the law into the hearts of their people.

Finally, the Baal Shem Tov opened his hand. Inside lay a small piece of parchment. The scholars took the parchment and found it to be a note (from heaven) saying: “The sukkah of the Baal Shem Tov is kosher.” The note was signed by the archangel Metatron, keeper of the “inner spheres.”

On Sukkot of 5727 (1966), the Lubavitcher Rebbe recounted this extraordinary tale and asked the obvious question: While the story demonstrates the Baal Shem Tov’s unique spiritual ability to make a point—we are left wondering why this great Jewish leader built his sukkah in such a questionable manner.

The Lubavitcher Rebbe explained that the Baal Shem Tov build his sukkah in this somewhat unkosher way; in order to find merit within the Jewish People. Knowing that many Jews who built a Sukkah didn’t build it according to the strict halakah, the Baal Shem Tov built his sukkah in the most lenient manner possible, in order to validate every sukkah built with good intentions, and thus declare the practice of less observant Jews to be within the spirit of Jewish observance.

The moral of this story is less about the kosher status of one man’s sukkah than it is about the role of Jewish leaders. The Baal Shem Tov was trying to impress upon the ultraorthodox rabbinic scholars of Poland, who were constantly seeking to make the laws stricter and stricter, that a true Jewish leader must be willing to make not just material, but also spiritual, sacrifices for his people.

Rabbis must be ready to compromise their lofty, strict, religious standards for the sake of uplifting all of the Jewish People, as it is written: The Torah of his God is in his heart (Psalm 37:31). This quality of self-sacrifice should define Jewish leaders throughout all time.

Allen S. Maller is an ordained Reform Rabbi who retired in 2006 after 39 years as the Rabbi of Temple Akiba in Culver City, California. His web site is: www.rabbimaller.com.  He is the author of two recent books: “Judaism and Islam as Synergistic Monotheisms’ and “Which Religion Is Right For You? A 21st Century Kuzari”.