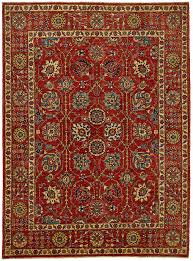 I do not remember the first one, when I first became aware. It wasn’t here but in the country where they are made. Afghanistan – connected now with suffering, with death and abandonment, its people pushed everywhere in the world, those that made it. Then, another world of colour, of poverty and of humanity, frightening and strange to begin with, then slowly coming to understand, to love. The carpets the same. Everywhere. In houses, in shops, on walls, on floors, on tables so we could keep our legs warm under them, mostly the same deep dark red with flashes of softer reds, oranges, others … patterns to find and get lost in, nothing human, similar to the mosques, the patterns of tiles, the script curling speaking of Allah, all intricate, hand woven, months in the making, warp and weft, standing looms, the shuttle passing over and under and through, the women sitting or standing hours at work, the first sellers probably just managing with the money they got, others along the mercantile way making much more. 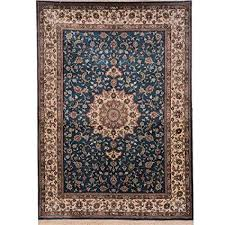 We sit around them, some faded, some newer, we look at them while forming our questions and trying to take in the answers, trying not to fall asleep; I make the observation of their containing all, like us, containing our opposites in their whole or perhaps having the whole that we are seeking that can contain our opposites, can stop them fighting and struggling for supremacy; I need to know the detail now, to explore the paths and patterns.

We are sitting around another carpet. It is brighter, perhaps newer, than most in the building. It is intricate and while some forms are just different and repeated geometrical patterns, here and there, also repeated, are forms that are more natural, one like a bird. We do not know each other very well, some may do but most do not. In such groups we usually explore questions, each adding his or her own thoughts and perceptions and usually everyone says something.

This time is different. The leader, who does not say much else, speaks of trust and ‘the source’ and then leaves us to it. Silence happens. Very occasionally someone speaks, says where they are, but mostly there is silence. I am in my imagination. Thoughts and feelings come and go. Then I open my eyes and notice a strangeness. I want to hold onto it. It is like (and this is a later thought, a later attempt to understand), it is like we are gathered at a waterhole and all we need to do is to drink the water. But we are on the edge, or rather I am on the edge. I do not want to speak. I want to stay with the strangeness. It is something I do not understand and I want to stay with that feeling, not verbalise it away. I had wanted to write about magic carpets and fly away with one but that would be a work of imagination. For now, I will stay with the strangeness.

I do not remember the first,
the memory has gone like so much else,
hundreds have passed since,
walked on, gazed on,
hung on walls, over tables, sat around on the floor.

They have so much to them
their patterns can take your breath
as you lose yourself meandering
from shape to shape, dark to light,
in a world of their own

When I was young I did the same in the flames of fires
and the evening sun setting clouds,
imagining islands and forests,
burning seas and lost kingdoms,
my eyes and mind alive with the possibilities.

Their makers, women usually,
working all hours they could in their village homes,
working for a pittance,
while the trading men later made their riches
and the carpets passed to the moneyed few.

There are those who know the colours and patterns,
how they were made and where they are from,
but that is only a part.
The larger part is hidden.

The lands they are from know this.
Lands of mountains and deserts they have no easy paths.
In the mosques the writings swirl
the tiles repeat endlessly
for many it is only the sounds of the words that are understood.

And so we come here to the ones we sit around now
with our questions and the ponderings we share.
People come and go.
But, perhaps, in those patterns and meanderings, they stay,
and though the colours may fade, something lingers.