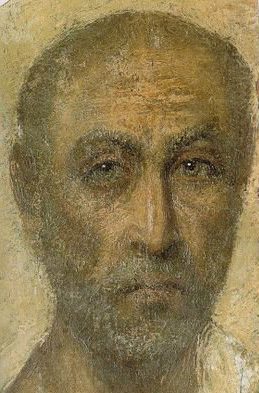 There is a well-worn expression about “seeing another side to a person”, which usually refers to being surprised by a skill or attribute previously unknown or unseen in an individual. But could this also refer to something more fundamental – to a completely different nature which is normally not evident in our day to day existence, and which defines an individual’s real being, or individuality?

Do we really know our parents? It seems to me that our “understanding” of parents arises from our acclimatisation to their reactions to situations, events and of course, our own mechanical reactions to them as individuals. There was, however, one occasion when I saw my father in a totally different light. It was the day before our wedding. Last minute preparations were being made, and many friends and acquaintances were involved at the church and the reception venue. The atmosphere was rather frenetic, with people rushing around. We had a final rehearsal in the church. As we finished, I turned to walk down the nave and then I saw my father – as though for the first time. He was sitting on one of the pews, but not in a way I’d ever seen before. There was a sense of stillness and quiet coming from him. He was not remotely interested in the “excitement” around him but was calmly looking around, upright and free. I was deeply touched to see him like this – for here finally was the father I’d inwardly always yearned for. At that moment, habitual reactions were set aside in a reconciliation of likes and dislikes and we were like brothers, with a real feeling of kinship on a different level. No words were spoken at this point but a few minutes later he walked up to us and said very simply, without any exaggeration or false emotion “I wish you all the best”.

Looking back, this experience was the greatest gift of our wedding, and it helped to bring an inner opening. We did not speak directly about what happened but he was the person I most wanted to speak to before we drove off from the reception, even though I knew there was nothing to be said. This recognition of being was enough, although it was also tinged with sadness at my usual behaviour towards him over many years – the fact that I‘d taken him so much for granted. There is something in us that recognises being, or a deeper level of consciousness, which is totally independent of notions induced by modern “education”. It needs to be cultivated. In the meantime, I still hope one day to meet the father I don’t know once again.