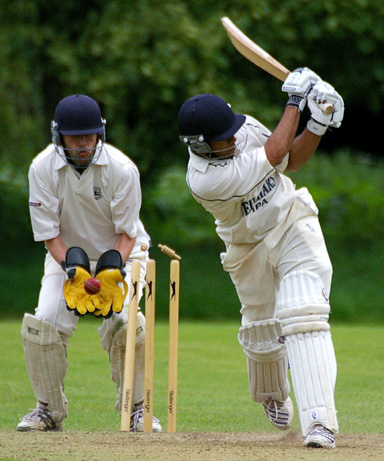 The Kali Yuga and the January 2008 Sydney Test Match

This match will be remembered for two main reasons. Firstly, the refereeing by the experienced West Indian umpire Steve Bucknor was dreadful, and always happened to favour Australia. Secondly, the Australian Andrew Simmonds (of mixed race, half native Australian) claimed that one of the Indians, Harbhajan Singh, called him a “monkey”. The Australian captain lodged an official complaint, that Singh had made a racist remark. The complaint was upheld by the match referee and Singh banned for the next three matches. The whole sequence of events quite unsettled the Indian team who lost the match they probably, with decent refereeing, would have won- or at the least, drawn.

After the match the Indian team were furious, claiming that Singh had never used the word, and accused the Australian bowler Brad Hogg of also having used abusive language. The Indian Board of Cricket Control protested, threatening to pull their team out of their tour of Australia, and stating that they would not play under Steve Bucknor. After negotiations, it was agreed to replce Bucknor, and that the suspension of Singh would be postponed until after a hearing by an independent judge, which would not take place until all four test matches had been played.

At the hearing, Justice Hansen, the appointed Appeals Commissioner, a New Zealander, said he was not convinced that Simmonds had been called a “monkey”. He stated: “Mr Singh had innocently and in the tradition of the game acknowledged the quality of Mr Lee’s bowling. That interchange had nothing to do with Mr Simmonds but he determined to get involved and as a result was abusive towards Mt Singh. Mr Singh was, not surprisingly, abusive back. He accepts that his language was offensive ….” but protested that he had not used the offensive word but spoken in Hindi. Hansen overturned the three-match ban but fined Singh for use of abusive language.

What a storm in a teacup!!!

There are two points of interest. Firstly, the sequence of events was reported very differently in the western and Australian media, and in the Indian media. The western self-righteous view was that the outcome was a victory for “power”. To understand that, one needs to know that the whole of India is passionate about test cricket as is no other nation, not even Australia, and that the television rights there command enormous fees. Hence, the Indian Board of Cricket Control are by far the wealthiest in the world. The western view was that Bucknor, although he made mistakes, should not have been replaced at the behest of any country, however powerful, and that to threaten to abandon the tour was unacceptable.

I happened to be in India from the end of the second test onwards and so, unexpectedly, once more witnessed how differently an event can be seen. According to the Indians, the whole trouble stemmed from the ungentlemanly way the Australians now play cricket- in other words: “It’s not cricket!” The desire to win is so paramount that the Australians invented “sledging”- that is, insulting and trying to wind up the other side’s batsmen, to undermine them (and intimidating the umpires by endless appealing). Knowing that Singh has a short temper, they hoped to provoke him so that he would end up being banned. Moreover, when an Australian batsman knows he is out but the umpire did not spot it (eg nicked a ball that was caught), he does not acknowledge that he was actually out- which, according to the Indians, is “not cricket”.

Well, so it was the fault of the Australians??? But cheating- which is what all this amounts to- occurs more and more in other sports as well (“diving” in football) and the use of drugs, now common in athletics and the Tour de France, is also “winning at all costs”- another form of “the ends justify the means”. We may wonder how this began. In cricket we can trace it back to the “bodyline series”, in which English fast bowlers tried to decapitate Australian batsman. Later, the West Indians had four tall very fast bowlers and battered opposing sides into submission, and all batsmen then began to wear protective helmets.

It is one thing for someone to say, in a spirit of fun, “I’ll race you to that tree!”, and quite another for athletes to train and train and train….. to win. Sport now often seems to be an activity for freaks…. to win, at all costs. For what? Money (mainly from television rights) has a dominating influence. What else? Fame? Glory?

The road from Agincourt, when killing at a distance replaced personal combat- you could kill someone and never have seen their face- led to the gas chambers, Dresden, Hiroshima and….. sledging.

Storm in a teacup?

See also The Kali Yuga in the History section 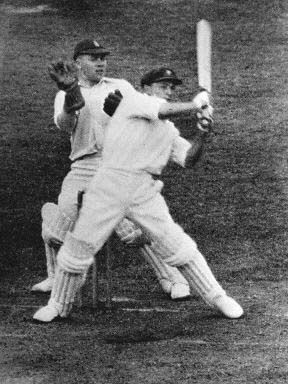