The Hundred Thousand Fools of God 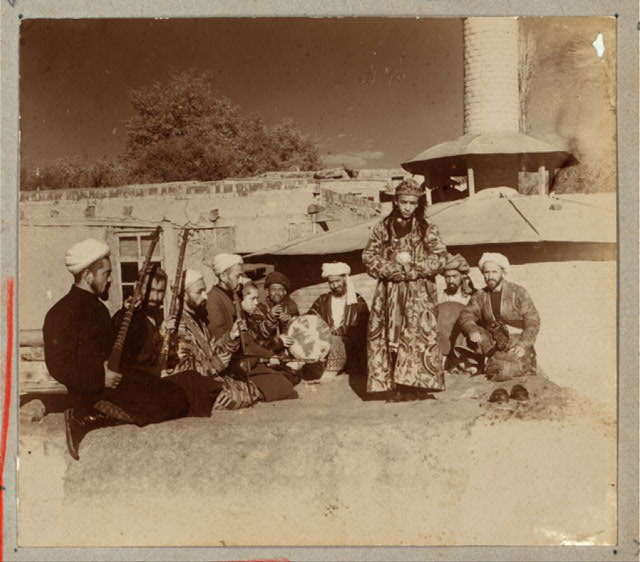 Theodore Levin spent several years exploring the region known as Transoxania, which includes many parts Uzbekistan and Tajikistan, countries created more recently from the former Soviet Union, to find and record indigenous music. The book is an account of many journeys with his Uzbek friend and assistant, Otanazar Matyakubov to cities, towns and some remote regions, some of which have barely been touched by the “modern” world. It contains many memorable encounters with a wide range of musicians, from contemporary “pop stars” to the vestiges of musical and poetic traditions dating back many hundreds, possibly thousands of years. There is also a very clear depiction of how these remnants of music co-exist with the waning influence of communism, the waxing of “westernisation” and the complex forces that have shaped the people and their musical traditions over the centuries.

The title of the book stems from the Arabic word abdal meaning literally “fool of God”. In the Sufi tradition, abdal refers to a class of mystical saints who surround the highest spiritual authority on earth. In the context of this book, individuals were assigned the sobriquet of abdal because they lived their lives in service to providing music to convey a moral and spiritual power, and not just for entertainment. Levin came across several dozen musicians he categorised as true abdals, and provides convincing evidence that they are the last traces of what was once a widespread culture in Central Asia.

The author’s original motive for his travels was to find genuine practitioners in the art of the shash maqqam – classical Persian instrumental and vocal music pieces which embodied traditional Persian ideals of lyrical music and poetry to convey spiritual values. This music originated in Bukhara over 1,000 years ago and, due in no small part to continuous support and sponsorship from successive Emirs, was widely accessible until the early part of the twentieth century, when the Communist authorities suppressed the tradition.

Incredibly, Bukharan Jews have for hundreds of years been some of the finest exponents of the shash maqqam, and have incorporated the lyrical poetry into their own faith. This integration between faiths sits uncomfortably with the current simplistic world view propagated by right wing American politics where Islam and Judaism could not be further apart. There are some deeply moving exchanges on the nature of music which strongly challenge the Western notion of concerts and the idea of performers reproducing pieces from musical notation. One of the most memorable is when Turgun Alimatov, a master tanbur player (a tanbur is a type of lute with raised frets), tries to convey his understanding of “harmony”. This requires the musician to first “tune himself”, then tune his instrument and only then to tune his listeners. One of the traditional means for achieving this attunement between musician and listener is the gap, an intimate evening gathering of friends for conversation, food and music. At such meetings, the musician is never asked to play until some rapport has been built between the musician and the listeners.

Another traditional place for music in Central Asia is the toy – an event to celebrate a special family occasion. The musician never asks for money for his or her performance – offerings are given at the end by the listeners. Playing at these informal gatherings is the only way in which most of the “fools of God” have been able to earn a living. This approach to music struck a chord with me as being instinctively right, and of course more demanding for the listener and the musician because it is predicated on being sensitive to the moment, on being able to respond to each other.

Another musician, Arif Xamatov, renowned as a master of the tanbur, dutar and as a singer, eloquently describes the role of musicians in traditional society: “Singers like Jura Khan (his spiritual mentor) were among the greatest propagandists of Islam. Their main work was to agitate and educate people, not to entertain them. Of course, most of all, they agitated about God. They warned people away from evil ways and bad influences. In conditions where there were no movies or television, music was a central channel for communicating information and for education.”

Other passages of the book make clear the goal of classical singing – to love God, with the performer’s main aim being to be attentive to his or her inner state.

There are some poignant examples of how the inner quality of music is lost if there is no genuine transmission of the art from teacher to pupil, especially relating to the degradation of the shash maqqam by the Bukharan ensemble, which played from musical notation rather than from a feeling for the music. One of the causes for this decay was that many young maqam players studied music in Soviet conservatories and grew to believe that Western music was more developed than their own.

It is clear from these discussions that within the Sufi tradition, the roles of music for enjoyment (e.g. dancing) and for spiritual nourishment are recognised and understood. A clear distinction is also made between spiritual songs which invoke religious sentiments and music for prayer. 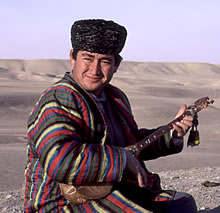 Levin describes in beautifully evocative detail a number of encounters with a wide spectrum of musicians who have maintained their tradition in the face of repression and suspicion from the secular authorities. These include reciters of epic poems handed down orally over many centuries – the baxshi, accompanied by the dombra (a short long-necked lute) and zhirau, accompanied by the qobyz (a two stringed fiddle). One of the greatest exponents of the zhirau tradition, Jumabay Bazarov provided an impromptu performance of a fragment from the epic Yedigei, which Levin has translated . Even in this short fragment, the subtlety and depth of thought and expression is readily apparent. One can begin to appreciate how these stories were used to educate people in a rounded sense. In certain parts of Uzbekistan, meetings are still held for zhirau to compete against each other with their stories.

The Baysun Ensemble spent years re-learning local folk songs by visiting older people and assembling fragments of music from different sources. One such song – Sus Xatin, about the patron of rain, is thought to be many hundreds of years old. The discoveries of whole towns preserving rural singing (including field hollering) to support physical activities, and music based on the healing principles of the eleventh century physician and philosopher Ibn Sina (to balance our innate hot and cold temperaments) are unexpected joys, and Levin is clearly excited and moved by what he finds.

The book is accompanied by a CD with high quality field recordings of some of the music that Levin encountered. Without wishing to give too much away, many of the tracks are extraordinarily moving – conveying a sense of another world of inner life to be explored. The haunting sound of the chang-qobuz or Jew’s harp is something that I would like to study more.

One is tempted to ask the question, what is the future for the abdals ? Many have become alcoholics through losing their status in society and being unable to earn a decent living. Many have emigrated to Israel or America, where they are struggling to find an audience willing to listen to their legacy, and which does not understand their level of integration with other faiths. And yet, there are some green shoots of continuation which refuse to be overwhelmed by the brutalising forces of nationalism, “Europeanization”, poverty and civil war. Young singers such as Munajat Yulchieva have become famous in Uzbekistan for re-invigorating classical songs. And slowly, the music of these hidden masters is being introduced to a wider, but more distant audience.

This is a wonderful book, but it is not always easy to read when one realises how much of this orally transmitted legacy has been lost. There are heartbreaking stories of forcible relocations of thousands of families from the Yagnab Valley, an area with its own unique language and music to support the increase in Soviet cotton plantations as recently as the 1970s. The generosity of the author’s hosts is remarkable. On one three week trip, his expenses came to $8, and most of this was incurred by one journey by taxi. The rest of the time, all his accommodation and food was provided by locals.

When I came to the end, I felt as though I’d been given a glimpse of a forgotten world of music and tradition that can still offer so much. Ultimately, this book reaffirms that the greatest cultures are fed and sustained at their heart by the brave and unstinting efforts of individuals to maintain and develop their own traditions. 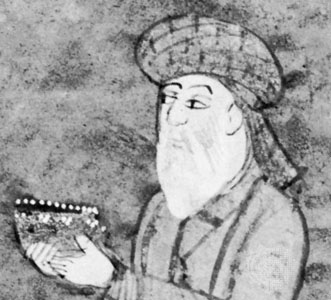