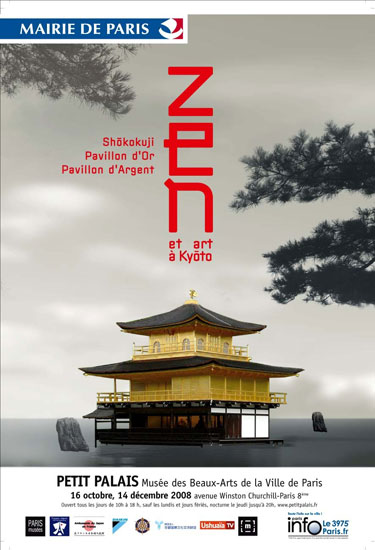 Since I wrote last month, the number of exhibitions in Paris has continued to grow. I would like to mention particularly “Le Zen et l’art à Kyoto” at the Petit Palais (http://www.petitpalais.paris.fr ) “Masques” and “Le Mystère et l’éclat”, (Mystery nd Glitter-an exhibition of pastels) both at the Musée d’Orsay (http://www.musee-dorsay.fr ), and finally avant guard Russian art at the Musée Maillol (61 rue de Grenelle 75007 Paris).

Mask of a Gorgon’s Head

In addition, this month there is the biennial “Mois de la Photo” and which this year seems to have generated more interest than usual. Involving more than 90 exhibitions, there are also other events and debates concerning various aspects of photography. Many of the small exhibitions are confined to this month, but a number of important ones will continue well into December and beyond. Information about all the exhibitions and events can be found at the site of the “Maison Européenne de la Photographie” (http://www.mep-fr.org ) and there is a version in English for those who have difficulty with French. Many of these exhibitions are free of charge. Incidentally, the Maison Européenne de la Photographie is well worth exploring at any time, but like the Pinacothèque I wrote about last month, it has no permanent collection, and is only open when it hosts exhibitions. Unlike the Pinacothèque however displays are always well lit with unobtrusive lighting. It is a large building, and can hold several sizable exhibitions at once, and all for the same reasonable admission charge. Earlier this year they hosted an excellent selection of the work of Shoji Ueda, one of the greatest Japanese photographers of the last century.

This year there is a big exhibition of the work of Sabine Weiss: 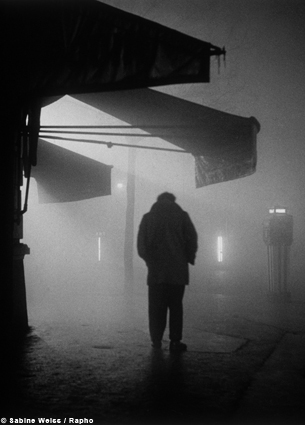 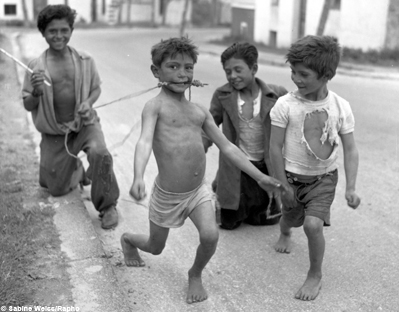 She is very much in the “humanist” tradition of Walker Evans and Cartier-Bresson (there is an exhibition of their work too!) but some of her early work is more poetic than documentary – and always in black and white. Some of her photographs of post-war Paris are particularly interesting. Other notable exhibitions are of American photographers of the 1970’s (http://www.bnf.fr ), and of photography from Düsseldorf (http://www.mam.paris.fr )

On a more general level such a festival invites us to reflect on the role of photography in our culture. We are so surrounded by images that it takes a real effort of imagination to conceive what it was like to live in a period when images were not omni-present, and to have some notion of what it would be like to be without them. (The same can be said of music, but that is another subject). Digital technology has simply accelerated the process. Apparently over 60% of French households possess a camera, to which one can add the mobile phones which now commonly incorporate one. It has never been so easy to record and manipulate images. Most modern cameras are virtually automatic, which means that the camera (actually of course the designer) decides what is an “acceptable” photo, resulting in a homogeneity which is not, after all, ideologically innocent.

While I can accept that a camera can act as a stimulus to look, it too often seems to function as a way of not looking (tourists in the Louvre, for instance, take photographs of paintings they don’t seem to look at.) A photograph, no matter how successful, can never be a substitute for the experience of looking at something attentively, whether it be a work of art, a building, a street, a sky…Of course it isn’t much good lamenting the existence of technology, because what is really at stake, it seems to me, is our use of it. After all, in an exhibition of photographs, one is invited to look attentively at the images, but what kind of relation can we have to such images in numeric form even on a computer screen? The technical advances that are currently taking place (high definition etc.) may create new possibilities, but it is up to us to make use of them, and that is surely – as with so much – a matter of education.

and Previous Letters from Paris