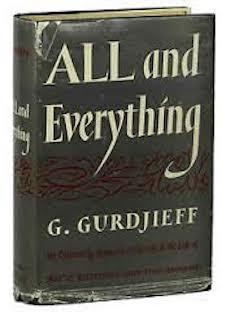 The word ‘Kali-Yuga’ does not appear in the book, but when we read what the author says about its purpose, and read the book itself, we cannot doubt he had it in mind – and in his feelings – all the time:

‘To destroy, mercilessly, without any compromises whatsoever, in the mentation and feelings of the reader, the beliefs and views, by centuries rooted in him, about everything existing in the world’.

Why should that be necessary? Why are we human beings not as we were meant to be?

Long ago, our ancestors acquired a strange property which caused them to see reality upside down, and to take a particular pleasure in the repetition of experiences. This, Gurdjieff tells us, was done intentionally for a special reason and for a limited time. But, even after this abnormality was removed, the consequences of its action had become so ingrained that they continued to be passed down through the generations … all the way down to us.

One consequence is the lack of unity in us, and the loss of any instinctive sense of reality. The force of division is very strong. It leads to disagreement, argument, quarrel, revolution and war. It affects everything: from the failure of human societies to deal with abuses like addiction (vodka drinking in Russia) to the failure of international organisations to abolish wars. There are a myriad speculations that the causes are “outside”, most often about the way that countries are ruled. But, Gurdjieff asserts, the causes are in us. As we do not see reality, we blame others – the rulers, a class, a neighbouring country, another race or religion.

And all the time for nearly six thousand years, the last epoch in the great human cycle, the Kali-Yuga, the Iron Age of materialism, is moving towards its inevitable end. Are there enough of us attempting to face this crisis, so that some real understanding can be passed on to those who come after us, in the next Golden Age?

G I Gurdjieff, ‘All and Everything. Beelzebub’s Tales to his Grandson.’ Routledge Kegan Paul, London 1950.