I would like to open a debate on this question. 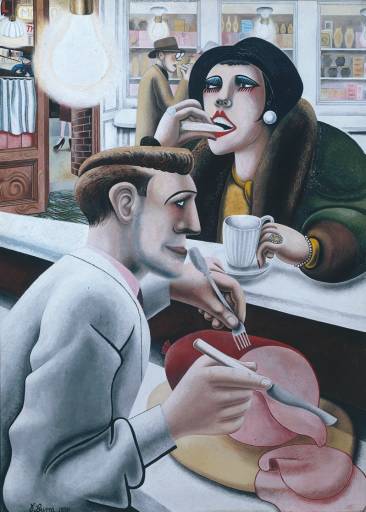 With my husband we run an organic farm on land which can only ‘produce’ livestock since it is oolithic limestone and too stony and hilly for arable crops. We have sheep, beef cattle and pigs, all of which spend all or most of their lives outside in conditions as good we can provide.

For some time in my youth however I was a vegetarian as I felt eating meat was barbaric and unnecessary for me. It conjured up images of very hearty, red faced and large bellied men eating enormous slices of pork or beef dripping with fat…. But when I became pregnant something in my body wished for, maybe needed, meat and since then I have eaten it, though with discrimination.

Of course if this were considered in psychotherapeutic terms, there could be all sorts of reasons for my own refusal of meat such as a refusal of the more masculine/ aggressive aspect of myself and perhaps this too is part of the whole question of meat. In any case, I now sell our lamb at the farmers market which gives the opportunity for talking to customers and also being harangued by some more fanatic vegetarians.

All this has set me thinking about the question of eating meat. There are obvious justifications for doing so, for instance that the land needs to be grazed and cared for and it needs manure to be fertile. Also it is necessary in the animal kingdom to keep the level of population down, something which disease and natural death could not do adequately, and to replenish and renew with fresh blood.

I would like to make it clear that I am referring to meat produced organically in conditions which allow the animals to live without stress and as naturally as possible, and being fed an organic diet. So the issue is not about cheap food which seems to me to be exploitation of the animals in our care and cannot be justifiable. The disease and suffering it produces would seem to confirm this.

It is argued that some people with blood group O need the diet of the hunter gatherers to be healthy, so they need meat, albeit not factory farmed. Certainly vegetarians can lack essential B vitamins and some cannot adequately obtain protein from plant sources only.

But despite this and despite the passage in Genesis which tells us that God gave Adam dominion over all the creatures of the earth, when those of our animals going to slaughter are brought in before their journey I cannot help asking, by what right do I decide that they will die? Standing before them is it true I wonder that they would really give up their lives to feed us, as is believed in some cultures? And do I really value this sacrifice?

In many religious traditions meat is forbidden.. I once heard it said that pork is forbidden in Judaism not because of hygiene but because the taste was so delicious it must be sacrificed to God as a reminder.

So there are many different issues involved in this question and I would welcome the views and knowledge of others to widen my own questioning. 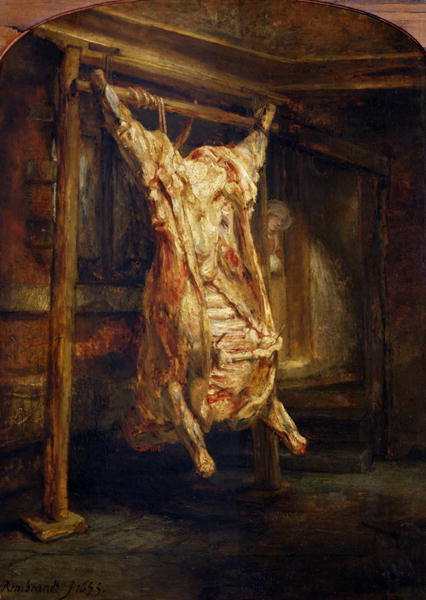