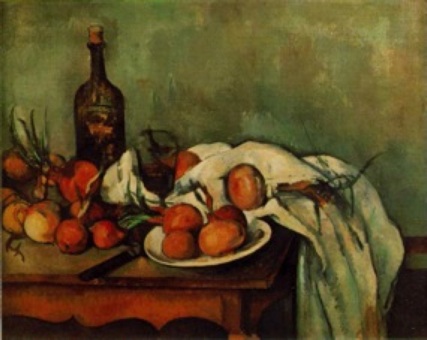 I hear people say: “I’m afraid I have never learnt about wine. I can’t remember the names…. And as for the vintages….!”

Learning anything requires some effort. Are you interested? Then buy a small notebook and keep it in your pocket/handbag or keep some pages in your Filofax for Wine. Whenever you drink a wine, write down the name (all that is on the label) and whether you liked it or not- whether sweet or dry- what food you drank it with. You will be surprised how you begin to remember some wines, and how the interest grows (because you are giving it attention).

A preliminary distinction: a “Table” wine is made by fermenting grape juice without the addition of any spirits. “Table” wines are usually drunk with food, though some sweet wines are best drunk on their own, perhaps nibbling a nut or two, or eating a piece of light, not strongly flavoured cake. “Fortified” wines have had spirits added to them, and are usually drunk as an aperitif (eg Sherry) or afterwards (eg Port). This article is confined to Table wines.

Where and how did wine connoisseurs first arise?

It must have been amongst wine growers themselves, who over the centuries became very knowledgeable about making and tasting wines- but it would have been almost entirely the wines of their own region, until the development of transport in the second half of the nineteenth century. Then the most experienced wine connoisseurs were in …. England. That was because England had a wealthy, educated upper class, with a taste for luxury: art, furniture, the Gothic Revival, hunting, theosophy, mistresses, cigars, and…. wine.

England was rich (the Empire) and could easily import wine cheaply, as it had a very favourable exchange rate. This soon extended to the prosperous middle classes arising from the Industrial Revolution.

The general view then was that the best Table wines came from the following regions:

Red (all from France):
Red Bordeaux (“Claret” in England)
Red Burgundy (especially from the Cotes de Nuits)
And one wine from the Rhone: Hermitage.

The dry white wine of Burgundy
The sweet white wine of Bordeaux (Sauternes)
The Riesling wines from certain regions of Germany:
Rheingau, Rheinpfalz (Palatinate), Rheinhessen- all by or near the Rhein (Rhine) river,
and Mosel (Moselle), a tributary of the Rhein.

Surprisingly, despite all the war propaganda and some mean impositions on German vintners by the allies, this list remained unchanged after the first world war, perhaps because Germany had a superlative vintage in 1921 (it was the best of the whole century), and German wines were cheap in England.

The same, even more surprisingly, was true after the second world war. Germany had several excellent vintages (1947,1949, 1953), and again, their wines were cheap in England, and an additional region was producing good wines- the Nahe (another Rhein tributary). But then things changed- slowly at first, more rapidly as time went on (the Kali Yuga).

Not in chronological order, and more or less concurrently: Germany introduced a bad wine law (still in force), which made it much easier to market blended wines (previously, almost all German wines had been single-vineyard wines) which were mostly of poor quality and widely sold in England, so that German wines became to be perceived as of poor quality. The Brussels bureaucrats permitted the blending of wine from different countries (previously never done legally), leading to very inferior products.

In the new world, better wines were produced- first in California,then in Australia, New Zealand, South Africa, Chile and so on…chemists took a hand in wine-making, sterilising wine-making equipment, controlling the temperature of fermentation, filteringthe new wine, fermenting in concrete or glass-lined vessels instead of barrels, adding oak chips for colour and flavour or using brand-new oak barrels to give a strong “oaked” flavour;the advent of the “flying wine-maker”- chemists who would fly from the northern to the southern hemisphere making their modern wines.

Result: more consistent products from the new world (where the weather is in any case much more consistent, so that vintage years are irrelevant and one can be lazy and not need to remember them). Also: higher alcohol content. Previously, a good red or Sauternes might have 12.5% alcohol, the whites from Germany would be no more than 11% but usually less, 8% for Mosel, or even lower. Now the reds are up to 15%, and 13.5-14 is common, but most German wines are still 8-11 except for the trocken (dry), which are best avoided. Above 13% the alcoholic strength tends to overwhelm the palate and diminish the fine flavour of Table wines . Taste for yourself!

Add to all this two other factors: a brilliant marketing campaign for new world wines, and (in England) for Australian wines in particular; and the growing influence of the media, with wine “experts” telling us what to drink. You have to remember that these writers in magazines and the Sunday supplements are commenting only on wines they have been given by the supermarkets, wine chains, and occasionally, independent wine merchants (with much smaller marketing budgets-and the best wines). Perhaps it is just subjective, but I have found their recommendations extraordinarily unreliable, especially on whites.

The choice is now enormous

My advice (and no one has given me any free bottles): if you want to learn, start with the classic French reds and German whites.

They have been making wines for centuries. They know their soils, their climate; they watch the weather and harvest (picked by hand) not once but as many times as they believe necessary. The resulting wines are less predictable- they vary from year to year, even between good years- much more interesting!

If you buy very cheap wine, the cost of bottle, label, cork, duty, and transport is almost the whole cost. This cost will be the same for a more expensive wine, and the extra you spend will all go to improved quality of wine. For French red, do not pay less than £10 a bottle- more if you can possible afford it. Whites are more difficult (they always have been). Not less than £10 for a dry French white, probably not less than £15 for a German Riesling. Occasionally at least (Christmas?), it’s worth spending enough to get a really good bottle- £25 should do it. Just reflect what you spend on other items!