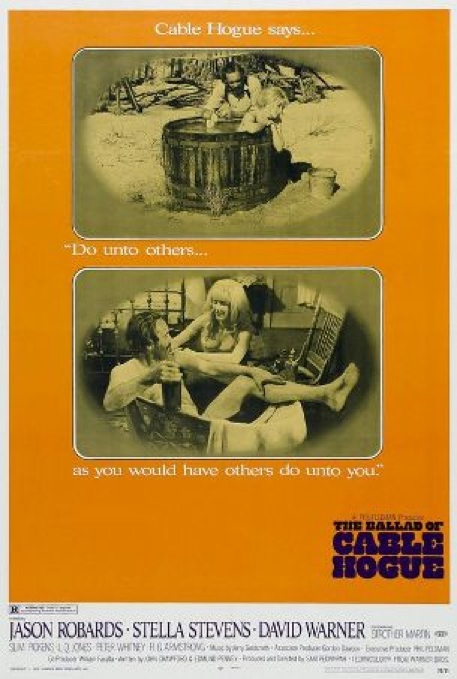 To call a Western “lovely” is unusual, but so is this film- the plot, the characters, the unfolding of the story, and the portrayal of sex. The attraction of the sexes and the resulting encounters are shown as beautiful, joyous and warm. There is no smuttiness, “moral” attitudes, or judgements. It is what it is- innocent, wonderful, fun, extraordinary. What other film has ever shown it like that?

The absence of judgement extends to the principal characters : a prospector (Jason Robards) down on his luck who, facing death by thirst in the desert, through attentive observation not only saves his life but sees the opportunity to make a living in an apparently totally inhospitable place; an enchanting whore (Stella Stevens), young, beautiful, unashamedly enjoying her sexual encounters, dreaming of the ‘good times’ riches might bring, but also recognising the elements of a real man in Robards; and the oddball preacher (?) with his absurd costume, grandiloquent speech, and infectious sense of humour.

I have long wondered which is my favourite Western, often changing my mind. But- as Mullah Nasr Eddin said when he kept playing the same string on his guitar – “I have found it!”