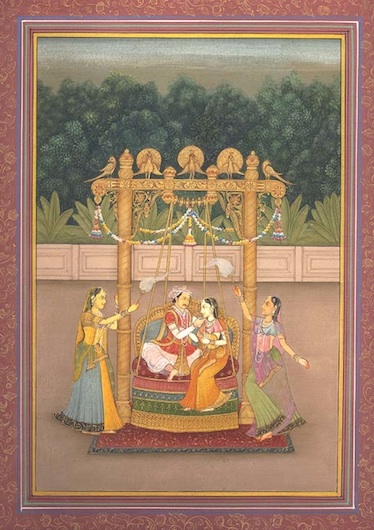 In Kerala, on the coast, there is a palace. The throne room is not ostentatious and its windows open over a quiet proportioned courtyard. Beyond which boundary wall lies a breath of beach, waves of ocean and often, a turquoise sky. The architectural atmosphere of the room is anointed by a play of colour, light and dark, strong and soft; the throne itself is a large cushion placed upon a wooden swing suspended by a rope at each corner, upon which the ruler in time past could be seated. Another rope is connected to the swing so that if pulled it can give impetus to its movement.

I stood here awhile touched by the simplicity of such a setting. It would be difficult to arrive at an inappropriate decision in such an atmosphere. Sitting on a gently moving swing may evoke both the wonder and wisdom of the ancestral child or elder. I sometimes enquire of others, when was the last time you sat upon a swing?

The Last Time I Sat on a Swing

The plane from Tokyo circled over Delhi. Early evening, but already dark. The lights of the city were very small, and white. They were flickering- a whole area would suddenly be dark, then light again. Power failures. From the air it was as if someone were playing with the lights, producing different patterns. Enchanting.

This initial positive impression, supported by being met by a good Indian friend and staying at an old-fashioned rather luxurious hotel, and seeing the Red Fort, collapsed when we set off by car to Agra. It was still the Monsoon, and the usual road to Agra was impassable. We took a circuitous route through endless flooded towns, villages and countryside. Sometimes we seemed to be driving along the bed of a river. We drove through water for miles. Hundreds, thousands of hovels flooded. Most of the people, especially in the countryside and smaller villages, not just obviously poor, but extraordinarily listless. Whenever we stopped, beggars. But there were quite a few well-built temples and other buildings, not flooded, illustrating basic principles of construction. Why were they not copied? Why build in such a way that the whole house would be flooded? Why were the people so abject, so passive? 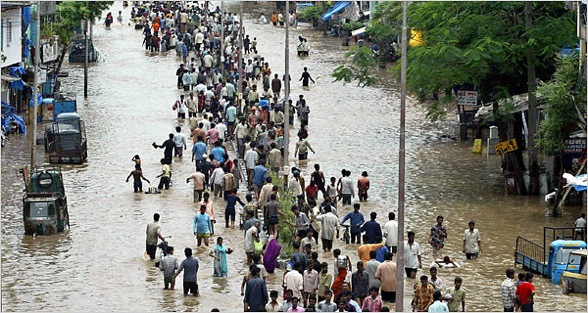 We reached Agra on the wrong side of the river. There was at that time one narrow, obviously British-built bridge, which took all the traffic- people, animals, cycles, rickshaws, and the odd car. As it was too narrow for two-way traffic, it was one-way for about two hours, then the direction changed. A long wait.

I was young, the fact that I was hungry, thirsty and hot hardly bothered me. I did not feel tired, and walked about.. Suddenly I saw a strange figure on the ground. For a few seconds I was confused- there was something wrong with this young man, but what was it? Then I saw: his arms were used as legs, the actual legs useless appendages, had been intentionally made to do that from very young, to arouse pity, to be a more effective beggar for some poor family- all that clear in a flash. Now it was too late- the legs would never work. His black eyes bored into mine- as if daring me to feel pity, or revulsion. He did not beg. Proud, defiant. silent but screaming: “No!” I looked away.

The Taj by moonlight, and in the dawn, and in silence. At most a dozen visitors. Such fantastic, perfect symmetry- what was that saying? Symmetry to render one speechless. And inside, the guide called “Allah!”, and from that single call, a cascade of echoes from on high, downwards. The guide babbled about the skill in building to produce that effect, but I was stunned into silence. I had understood. Later, much later, my mind commented on the irony that a Muslim had built this expression of the central idea of Hinduism.

Continuing my journey- to Jaipur, the Amber Palace (why did I not ride on an elephant?), Ahmenabad, Bombay, Aurangabad, the calm, silent temples in the caves hewn out of solid rock in Ajanta and Ellora, somewhere inside the shock of poverty, the listlessness, the eyes of that beggar continued to disorient me. Despite the flashes of insight, I could not open to India. This cannot, this should not be! I was miserable, but I could not really experience the misery.

My friend took me south, the south of the ancient Hindus, the Brahmins. We went to see his great-uncle. When we reached the house, we went up a step into a small outer hall, where my friend took off his shoes. I did the same. We mounted another step, into a large, square hall with a tiled floor and a high ceiling. Pictures of Hindu deities on the walls, no furniture, nothing- except for a large swing, suspended from the ceiling, at least five feet wide and three feet deep. My friend sat on it, I joined him. With his right leg, he gently kicked the floor, and we began to swing.

We had not exchanged a word since leaving the world outside. How long were we on the gently moving swing? I was not bored, not excited, not curious, didn’t look about. How was it that relaxation was able to take place- that the outer dropped, not just the physical outer world outside the house, but all my reactions to it, my complete inability to accept it. Impossible to say how long we were on the swing, but it proved to be long enough. The great-uncle appeared, welcomed us into a room, where real south Indian coffee was served- two solid silver mugs, one full of hot, milky, sweet, delicious coffee, the other cool and empty. I saw him pour from one to the other, from the second to the first, until it had reached a temperature agreeable to him. I did the same.

When we left, I could open to India. Well, sometimes! And what an amazing, amazing country! Despite the poverty, the listlessness, the misery, the beggars, what a positive country. Again and again I was astounded to be in a country where, everywhere, the country-side, the cities, the palaces, temples and slums, even flying overhead with Indians, subtly, often of course unconsciously, one was sustained by the spiritual.