In September 1991, with some companions, I was on a visit to Armenia. We were interested in Armenian churches, many of which are very ancient. Armenia became Christian a few years before the Roman Empire, and many of its finest surviving churches date from the sixth or seventh centuries. So the Armenian equivalents of our Gothic and Romanesque cathedrals are, in some cases, half a millennium older. Today, we were visiting Lake Sevan, to see the famous and very ancient churches of the Sevanavank monastery. The monastery is on a promontory, formerly an island, and one reaches it by a footpath from the road. To the right of the path stood a khatchkar – a stone cross – so I turned aside to look at it.

These khatchkars are elaborately carved stone crosses, somewhat like the Celtic crosses of Ireland and elsewhere. For some reason, I studied this one very intently. What was I looking for? I had reason to believe that the people who had produced these remarkable objects were part of a tradition, not just of craftsmanship, but of spiritual search. I didn’t know this to be true, but I felt that it must be so. At the same time, a half formed doubt nagged me. Why do I feel it to be true? Do I just want it to be true? Have I simply been influenced by my companions? Doubts of this kind still recur in me from time to time, but now I have a slightly different perspective on them. I see them as a signal that I have lost touch with a deeper part of myself, an intuition that since childhood has simply ‘known’ certain things to be true, but which my over-civilised intellect can never understand, and is unable to trust.

So I looked hard at the elaborate carvings on the cross, not knowing what I was looking for, or how to look; feeling on the on hand that there was something to be discovered amongst these figures and patterns, and on the other a half-suppressed doubt about my motives. Eventually, I returned to the path and continued on to the monastery. We looked at the monastery for a while, speaking quietly and taking photographs, until it was time to go back to the minibus. I walked briskly up the path, my thoughts running ahead of me to the minibus, to the hotel – to God knows where. I had almost forgotten the khatchkar when I came abreast of it.

It was then that it spoke to me.

Few experiences in my life have been as clear or unambiguous. It was like a voice, except that it was wordless and soundless. It came from the direction of the cross, which was now to my left, and I ‘heard’ it inside my head. It cut through all the rubbish in my so-called mind and bade me, with incontestable distinctness and authority, to turn and look at the cross.

So bid, I obeyed. I still did not know what to look for or how to look. I simply tried.

I think of this incident from time to time, but recalling it now for a definite purpose – in order to write about it – I am struck by how rarely I reflect on its significance for my life. It is a memory I shall take to the grave. 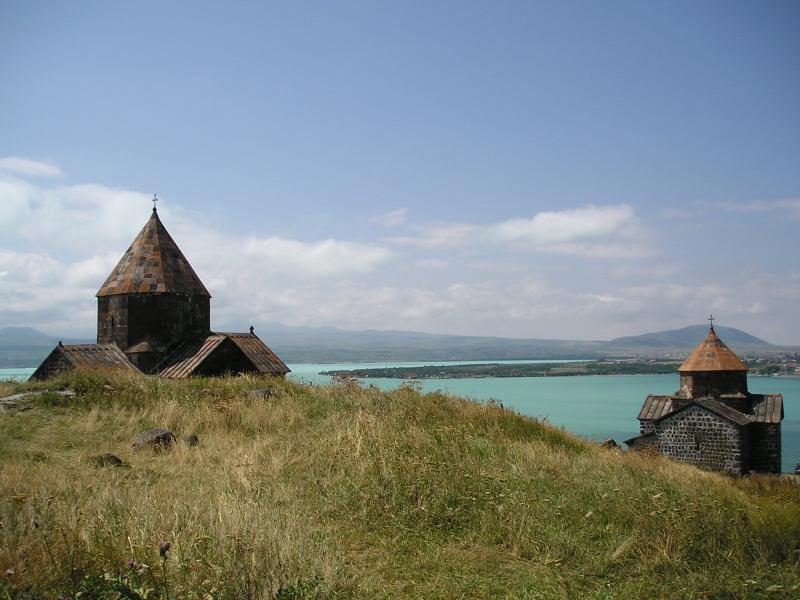