We had gone to Grenoble to see my sister who had terminal cancer. At previous meetings during the year, I had felt nothing. I knew that this was due to suppression, a protective mechanism installed in childhood. It seemed to me that the only option in the circumstances was simply to be there when we were with her. 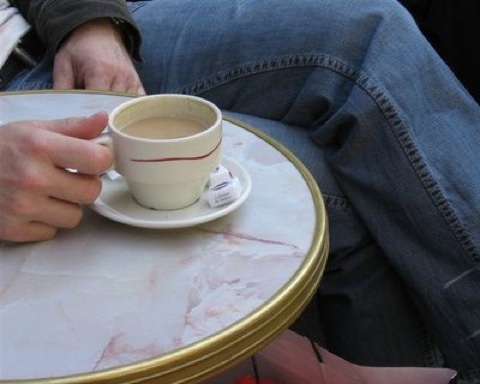 In spite of her condition, she insisted on meeting us every morning in the city centre. On the first day, at a cafe table, her friends began to comment on her courage. My sister clearly influences people. A moment came when I saw something in myself trying to mimic the feelings being expressed all around me. Someone in me, attentively watching, immediately and in peremptory fashion put a halt to this. Pretending, or lying, were simply impossible. The only option was to be attentively there. The result of this brief struggle was a crystal clear realisation that I had no real feelings. The shock of seeing this had occurred many times before, but this time, I just sat there, accepting it fully, judging nothing.

Next morning, very early, I was suddenly wide awake, and this clear realisation was my only experience. I felt a strong impulse to sit quietly and silently by myself.. The only possible place was the bathroom. Nothing seemed to be right. The lights were neon, there was no chair, and the air conditioning made a lot of noise. The whole machinery of requirements, wanting things to be the way I wanted them, became vocal. But another voice peremptorily instructed: ‘Sit! Be still!..’ and I obeyed.

Silence, that often takes so long to come, was immediately there. My body of its own accord adjusted itself, my attention was available. I knew I was waiting for something. Then, out of the centre of my being, a wish arose. It was for my sister. It spread until it seemed to fill my entire being. ‘I’ and ‘wish’ and ‘my sister’ were one, experienced all at once, not sequentially, in a continuous present. Out of this wish a small delicate feeling was born. 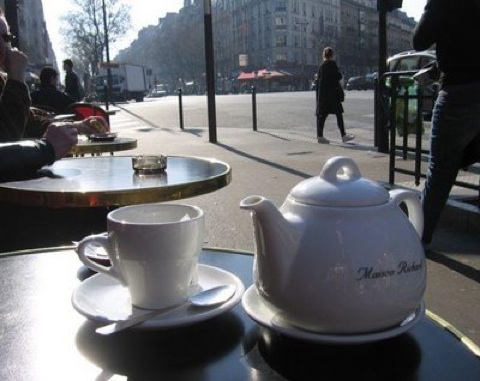 Later, midway through a day when nothing seemed to go right, my wife, my sister and I sat at a cafe table, gazing out at the rain. In spite of the day’s frustrations, I had managed to be simply there. After a rather long silence, my sister began to speak, for the first time, about her real, internal experiences,with truth and intensity. At a certain moment, the watcher in me prompted me to respond. Then something extraordinary happened. It was if I had been opened, and another intelligence spoke through me as if I were a channel. There was no sense that I was directly involved. I glanced at my wife. She looked shocked, or fascinated.

For perhaps five minutes the exchange continued. It was very intense, almost electric. At a certain moment, my sister began to veer off on a tangent. I experienced for a moment a kind of anguish, as if my sister was straying away from something sacred. But immediately the watcher in me spoke. It was as if I was being instructed, again peremptorily, not to interfere, as if my sister’s actions or fate had nothing to do with me. My function was to be a witness, and nothing more was required of me.

Later, walking back to the hotel, I was unable to speak. But body, feelings and thoughts were so light that it felt as if I were walking on air. I felt privileged, and at the same time, humbled.

The following day, an almost organic lassitude or indifference had set in. I simply had no energy to be attentive in the way I had been. It seemed to me inevitable that things should run downhill somewhat.

During the last hours with my sister that day, everything seemed to be flat. An unfamiliar voice, or at least one I do not know well enough, seemed to keep up a continual refrain in me, saying, ‘What does it matter anyway if you try to be simply there or not?’ However, as the time approached to say goodbye to my sister, a curious sadness began to spread throughout my whole being. Another voice, this time in counterpoint, began to insist: ‘It does matter! It does matter!’

We said goodbye at last, and walked silently through the streets. It was very late. My wife is used to my silences, but now the new voice inside was rising to a crescendo. I felt like stopping in the middle of the street and shouting at the top of my lungs: ‘It does matter! It matters more than anything else in the world!’

Instead, we walked on in silence. I went to bed immediately and fell into a deep, dreamless sleep.