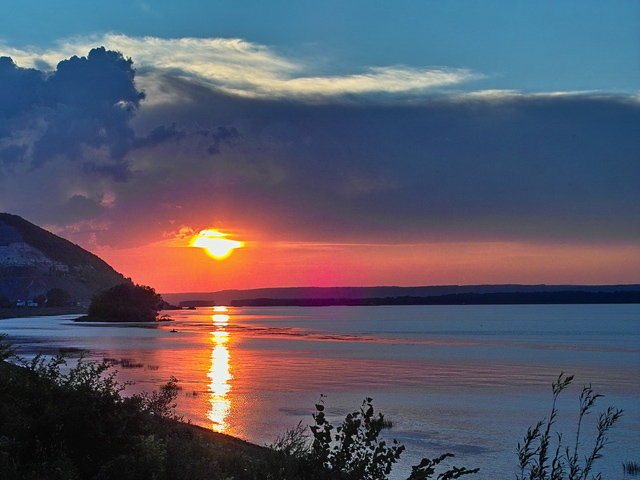 Some years ago during a period studying aspects of Finnish history I came across this book and was surprised by the quality of its content. It offers some striking views of nature and characteristics of the Finnish, Russian and German people.

The Volga Rises in Europe is an unique, touching book written in two parts as a series of journalistic dispatches, firstly as Malaparte traveled with the German army in the opening period of operation Barbarossa and later with the Finnish army in Karelia (Karjala) and outside Leningrad.

Malaparte had extensive knowledge of Europe gained through his experience as a journalist and time spent in the Italian diplomatic service. He had a fine understanding of Russia and its people having lived and traveled extensively there prior to the war. He was one of the few who saw from the beginning what invading Russia would bring to all concerned and ultimately to the Germans.

The book is not a military history but offers an unique informative and perceptive look at the impact of war on human beings. His descriptions are often lyrical and sometimes so moving as when he describes the Masks of Ice as he is walking by the shore of Lake Ladoga near the mouth of a stream that rises in Raikkola Forest.

“Imprinted in the ice, stamped on the transparent crystal beneath the soles of my shoes, I saw a row of exquisitely beautiful human faces: a row of diaphanous masks, like Byzantine icons. They were looking at me. Their lips were thin and shriveled, their hair was long, they had sharp noses and large brilliant eyes. (They were not human bodies, they were not corpses. If they had been I would have refrained from mentioning the incident) That which was revealed to me in the sheet of ice was a row of marvelous images, full of tender, moving pathos: as it were the delicate, living shadows of men who had been swallowed up in the mysterious waters of the lake.

War and death sometimes partake of these exquisite mysteries, which are imbued with a sublimely lyrical quality. At certain times Mars is at pains to transform his most realistic images into things of beauty, as if there is a moment when even he was overwhelmed by the compassion which man owes to his like, which nature owes to man. Beyond a doubt, I was looking at the images of some Russian soldiers who had fallen in an attempt to cross the river.

The pitiful corpses, after remaining trapped in a block of crystal all the winter, had been carried away by the first spring tides that followed the river’s liberation from its icy shackles. But their faces had remained imprinted on that sheet of glass, stamped on that clear, cold, greeny-blue crystal. They looked at me with serene attention…

The sun’s rays were already warm, they passed through their faces and were reflected from the chuckling stream beneath, kindling as it were flames of light about those pale, transparent brows.”

The articles that Malaparte wrote during 1941 – 1943 were eventually collected together and published under the title Il Volga Nasce in Europa (The Volga Rises in Europe). Two other books, his noted Kaputt and The Skin also drew from his experiences of this time.