Twelve Great Thinkers and the Search for Wisdom

From Socrates to Nietzsche 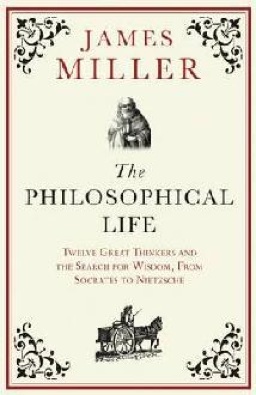 The value of this book is that it manages to make the philosophers human yet still give you the essence of their thought. Not many of us are going to read the Republic, The City of God, Critique of Pure Reason or Thus Spoke Zarathustra. but one can get a glimpse through a biography of what drove the philosopher’s life and appreciate the trials and sufferings that were endured on the way.

Socrates took hemlock as an affirmation of the truth he had taught. Diogenes lived a nomadic life, dwelling much of the time in a clay wine jar. Plato was put under arrest by Dionysius, ruler of Syracuse, and – one legend has it – was sold into slavery (and ancient sources differ on what happened next). Augustine had to cope with a Vandal invasion and the siege of Hippo. Seneca took his life in the most blood-curdling Roman way. Decartes fled France for the Netherlands where for two decades he moved from place to place like a fugitive on the run. Rousseau had his writings banned and burned by Catholics and Protestants alike. Nietzsche enlisted in an artillery regiment (twice) and reflected, ‘My philosophy now has the chance to be of use to me.’

Montaigne (‘I am no philosopher’) ensconced in his chateau, had to fight plague, negotiate with bandits and suffer the invasion of his estate by warring troops. Even Emerson, the token American philosopher in the book, was no philosophical sluggard, giving 1469 lectures in at least 283 towns. Aristotle, a ‘wily political operator’, had a foot in both the Macedonian and the Greek camps but was eventually exiled for what was euphemistically called ‘impiety’. Kant, however, considered by many the greatest philosopher of modern times, rarely left Konigsberg, the city of his birth, enjoyed a comparatively uneventful life devoted to philosophy until be succumbed to dementia and died aged eighty. Miller fascinatingly shows that there is more to the philosophical life than meets the mind.

The book is interesting on what James Miller calls the ‘epiphanies’ of certain philosophers – a sudden vision, calling, awakening to new direction and purpose. Augustine in the orchard , Rousseau on his way to Vincennes, Nietzsche in the bookshop where a ‘demon whispered in his ear’. One begins to see that the philosophical life is a dedication to truth, sought primarily through the mind but exhibiting a passion and a suffering far removed from the conventional idea of the philosopher retreating into a world of abstract thought.

Particularly interesting is the theme of ‘Know Thyself’ which runs through the philosophical life. From the Delphic oracle it is taken up by Socrates. Augustine says: ‘Go into yourself. Truth dwells in the inner man.’ Seneca: ‘Death weighs on him who is unknown to himself.’ Decartes’ affirmation that men have an obligation ‘to know Him and to know themselves.’ Kant, seeing philosophy as showing a man how properly to fulfill the place which was allotted to him at creation. Nietzsche, asking: ‘How have I become what I am and why do I suffer for being so?’ And Montaigne, with characteristic honest scepticism, asking himself: ‘Can a man truly know himself? And if so, how?

This is a book that, after all, may persuade its readers to try – perhaps again – to read the original works of the philosophers, for their questions remain our questions, though we may not have their gifts and persistence at pursuing them. Perhaps we can take heart from Socrates, who, when asked his opinion of the treatises of Heraclitus, replied: ‘What I understood I thought was excellent; as, I have no doubt , was that which I couldn’t understand.’