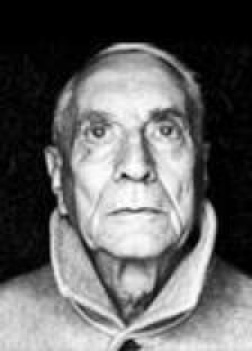 Before writing about the philosopher Pierre Hadot it might be interesting to make some remarks about the context in which I am doing so. After months of hesitation, a period marked by strikes protesting against controversial legislation to “reform” the pension system, France finally has a new government. The reshuffle had been announced before the summer recess, which meant than many ministers knew that they were unlikely to survive – hardly a recipe for efficient government. During those months it seemed almost certain that there would be a new Prime Minister, but in the end the President was forced to re-appoint François Fillon. The new executive is evidence of a shift in the relations between the two men as well as a definite return to one-party government with the departure of figures from other political groups. No sooner was the new team in place, however, than a freak snowstorm paralysed Paris and its suburbs. The inept response to this relatively straight-forward situation caused anger, especially when the prime-minister (out of the country on diplomatic business) tried to put the blame on the weather forecasters.

As I thought about these trivial daily events, which disappear without trace like froth, I thought of the French philosopher Pierre Hadot who died last April, especially as he frequently refers to a “spiritual exercise” of stoics like Seneca and Marcus Aurelius, which he calls “the view from above”. The exercise involves trying to situate oneself far above the earth and its concerns. I had intended to write about Hadot’s work at the time of his death, but I had not read enough to do justice to it. Since then I have read four of his books, both in French and in English (the translations are excellent) and the contrast with the current events could not be more marked.

France is a country which takes philosophy and philosophers seriously (if that is the right word). The subject forms an important part of the baccalaureat, and philosophers, some of whom are media stars, are regularly called upon to comment on current social and political events and controversies. Hadot was not one of this fashionable élite: not only was he primarily interested in ancient philosophy, including detailed problems of philology and translation, his work constitutes a major critique of the subject (he often liked to quote Thoreau: “Nowadays there are philosophy professors, but no philosophers.”)

His career, too, was unusual: he did not follow the conventional path of a prestigious university and the aggregation, a system of which he was severely critical. He studied in catholic seminaries and he became a priest. He left the priesthood in the early 1950’s for a number of reasons, principally the conservative papal encyclical Humani generis, which condemned the work of Teilhard de Chardin. In addition to this, he could not accept the rejection of ecumenism and the attitude of the papacy toward the Immaculate Conception (“why should one tear Mary away from the human condition?”). There followed a period of great material difficulty before he was finally offered the position of research fellow in the prestigious “Ecole Pratique des Hautes Etudes”. Then, in the early 1980’s he was elected to a chair at the Collège de France, an institution which lies outside the orbit of official academia (lectures are open to the public; courses consist of original research and do not lead to any qualification).

Hadot was a prolific author and translator, but I can recommend three of his books in particular: What is Ancient Philosophy? The Inner Citadel, and Philosophy as a Way of Life. The first two I read in English, and the translations are excellent; indeed it is hard to believe that they were not written in English. The first two especially are rigorously based on his own reading (and translation) of the original sources, but they are not technical and are very readable. I felt that they were written by a whole man (not just an intellect) and that they are addressed to all those who wish to examine their lives (not just ideas). Perhaps the essence of his approach is contained in the title of the last-mentioned book.

Hadot argues that philosophy consists of a choice of life, and a discourse whose purpose is to justify that choice. So a philosopher is not necessarily someone who writes books (Socrates, for example, wrote nothing), but someone who lived in a particular way. Academic philosophy concentrates on the discourse, but ignores the essential initial choice. Socrates famously claimed to know nothing apart from knowing that he knew nothing (unlike his enemies, the sophists) and his teaching consisted of showing his interlocutors that their convictions were erroneous. In effect he placed himself between those who claimed to know (but who in fact know nothing), and the realm of true knowledge which is beyond us but to which he aspired. (It is sometimes said that the word philosophy means “love of wisdom”, but this neglects the other aspect of “Sophia” as that which transcends and overwhelms us.) Socrates’ “choice of life” was to submit himself to perpetual questioning, because “an unexamined life is not worth living”.

This is not the place to attempt a summary of what Hadot says (and anyway I am utterly unqualified to do so!). However, I recommend the above-mentioned books as an antidote to the trivial concerns of the moment (politics, the weather…) which prevent us from living in the present. The fact that Hadot has focused on the notion of spiritual exercises as an essential element of philosophy is a refreshing reminder of the fact that the activity involves the whole of us, and not just our intellect. (In Philosophy as a Way of Life he describes how, after a month of intense work on his book on Plotinus – a very inspiring piece of writing, incidentally – he entered a bakery and realised that he had been living in another world, one which was unreal and inhuman: thereafter, although he continued to work on Plotinus, his attitude to him became much more critical.) As he says in a brief afterword: “Cut out all things, said Plotinus. But, in a living contradiction, should one not also say, Welcome all things ?

Finally, I can recommend the following article by Michael Chase, his friend and translator, which provides much more detail of Hadot’s career, a lucid summary of his work and in the second part a fine portrait of the man. 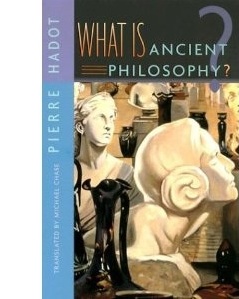 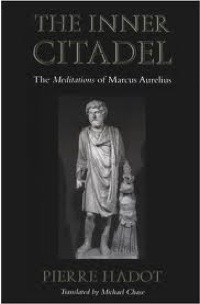 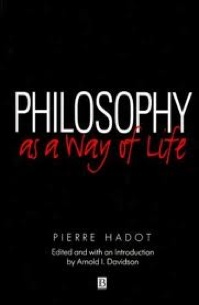 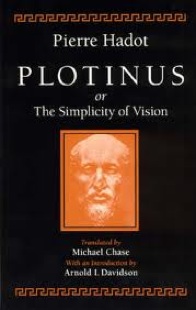