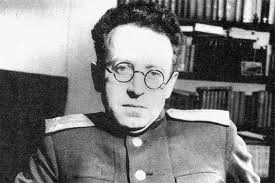 The axis of Vasily Grossman’s historical novel Life and Fate is the horrendous conflict that engulfed the city of Stalingrad in the severe winter of 1942–43. It is often compared to Leo Tolstoy’s famous literary effort War and Peace, based upon Napoleon Bonaparte’s invasion of and subsequent retreat from Russia.

I found this an impressive, heart-rending book. It offers profound insights into the effect of conflict upon the individuals involved and also on the ideologies and state apparatus which facilitate brutality and destruction. Grossman counsels that it is best not to judge those who informed on others unless you yourself have lived through the conditions that rested on the propaganda, violence, fear, and rewards of a totalitarian state. There are many touching and memorable descriptive passages: the last minutes in a gas chamber of a doctor who sacrifices her opportunity to survive so that she can remain to the end with a lost child; the powerful, universal emotions of a distraught mother who grieves for her dead son; a transcending love felt by a famished German soldier for a Russian woman in a cold, encircled cellar during the last weeks of the siege.

Life and Fate is a drama with a large cast of characters radiating out from and interconnected to the Shaposhnikov family. Here we have generals and soldiers, Gestapo and KGB interrogators, concentration camp inmates, escapees, refugees, torturers, collaborators, informers, and gravediggers.

What happens when the walls that insulate us from savagery and insanity collapse, when there is no longer any divide between the darkness without and within? What happens to those who think they know who they are—and what they live for? What happens to those who believe that they would never confess to concocted crimes in the confines of Lubyanka, a place where a man or woman can be so beaten that not a mark is left on the outside of the body but where every internal organ is damaged and bleeds, a place where even the strongest prisoners who have endured the unendurable finally succumb and scream out in the night, “I will sign anything, anything.”

This not a comfortable book to read. I found it humbling and on several occasions felt myself stopping and quietly turning to the words “Lord have mercy,” for as we are, are we not in need of help to enable us to protect and nourish what is fine and human? In Life and Fate, mercy comes through suffering, a suffering that reveals that all that reduces us to slavery, in all its myriad of forms, is within. The trapped German soldier asks about life: Is it all a great folly, or is it fate?

Viktor Shaposhnikov, the physicist and member of the Academy of Sciences, comes to realize that it is not too late to stand up and enter a struggle with forces which oppose his wish and determination to become an honorable man and to truly become his mother’s son.

Tolstoy was born in 1828, sixteen years after the events he described in War and Peace. Grossman, on the other hand, personally witnessed a great deal of what he describes. His determination to record as honestly as he could earned the respect not only of many veterans of the Red Army and the civilian population, but also members of the invading forces. Life and Fate is more than a novel. It is also a historical record, part biographical, and a searching journey for truth and redemption. It is a lament for the innocent dead and an affirmation for the joy of life. It is sensitive and appropriate that the last word of this noble effort of writing is silence.