This is worth reading to obtain a reasonably balanced alternative viewpoint to The God Delusion by Richard Dawkins. It raises useful questions about the nature of science, and some of the challenges in accepting the currently prevailing scientific view that “mechanical” gradual evolution can satisfactorily explain the arising and development of all life on earth. Like Dawkins, the author, John Lennox is also a scientist, albeit a mathematician rather than a biologist. He has written this book to determine if the latest scientific evidence renders the existence of a higher intelligence or God redundant.

The book starts by analyzing two historic debates between advocates of religion and pioneering scientists which over time have been exaggerated to support the “triumph” of science over the bigotry of religion. The examples used are Galileo and the Roman Catholic Church and the debate between T.H. Huxley and Bishop Samuel Wilberforce on Darwin’s The Origin of Species. The author suggests that Galileo was a deeply religious man whose astronomical findings were initially supported by religious institutions such as the Jesuit Collegio Romano. However, Galileo’s findings (for example the observation of sunspots) were at odds with the prevailing Aristotelian world view. He was drawn into a conflict with secular supporters of Aristotle and because of his lack of tact, with the Catholic Church.

Bishop Wilberforce was, contrary to the prevailing “accepted view of events”, a highly educated man who published a 50 page review of The Origin of Species which Darwin regarded as “uncommonly clever; it picks out all the most conjectural parts, and brings forward all the difficulties. It quizzes me most splendidly.” And yet, the debate was subsequently portrayed as a “victory” for science. Interestingly, T.H. Huxley himself concluded that Darwinian Evolution “does not even come into contact with Theism, considered as a philosophical doctrine”.

A question was raised in me about the conflicting views between modern science and “creationists”. Is there any difference between scientists holding a blind faith in the materialistic world view (that the natural sciences can and must be capable of explaining everything) and the creationists who believe literally in the Genesis account of creation?

Lennox uses the analogy of a Model T Ford being analyzed by scientists. They can analyze the engine and how it works, but it would be entirely reasonable to ask the question who had designed it. When the same question is asked over the creator of the universe (a question outside of modern science), any answer indicating a greater intelligence is dismissed because it does not “fit“ with the orthodox scientific view of the time.

The book then goes on to describe certain measurable parameters (for example the nuclear ground state energy levels between helium and beryllium to make carbon) as evidence for a greater intelligence of “fine tuning” the universe for creating appropriate conditions for life to form. The chance of our planet existing with all the right conditions for life has been estimated to be approximately 1 in 1030 – a humbling thought.

For me, the even greater miracle is that life has evolved in direct opposition to the second law of thermodynamics, which shows that the universe is becoming increasingly disordered, running downhill. So how has increasing complexity and ordering of living organisms been achieved?

The author goes on to distinguish between different kinds of evolution, including:-

Change, Development, Variation – A general description of change, regardless of the mechanisms by which it occurs.

Microevolution – variation within prescribed limits of complexity. An example of this type of evolution is changes in average Finch beak lengths, affected year to year by the weather cycles, but without fundamental changes to the birds’ organs or structures.

Macroevolution – large-scale changes where internal organs and structures change. An example would be the evolution of multicellular structures from single-celled structures.

Artificial Selection in plant and animal breeding, which requires a high degree of intelligence to define what changes are to be made. Molecular evolution – the evolution of the living cell from non-living materials.

Lennox suggests that much of the evidence cited in support of Darwinian evolution is mainly concentrated around microevolution, and cannot explain the diversity of all forms of life. Natural selection is not creative but is a “weeding out process” for ensuring that the strongest progeny survive.

So what about macroevolution – the development of new species? It is suggested that the fossil record provides little evidence of step changes, or evolution. Rather – that species suddenly appear and continue more or less unchanged until they disappear. This view contradicts the ideas put forward by David Attenborough in his recent television series on Darwin, and raises a question. For enquiring minds not fully versed in science how can the detailed evidence be sifted and summarised? How can two such diametrically opposed views co-exist?

This question is raised again by the section in the book on irreducible complexity. Evidence is presented that certain parts of bacterial cells such as their flagellum “motor” are irreducibly complex – i.e. they do not work without all their component parts being present, and therefore could not have evolved. And yet Richard Dawkins has been quoted as stating that there are many scientific papers which provide evidence to the contrary.

However, the biggest question posed by the book surrounds the origin of life in the form of the first bacterial cells over 3.8 billion years ago, and why are there still remarkably unchanged bacteria today, when so much diversity of life has “evolved”? 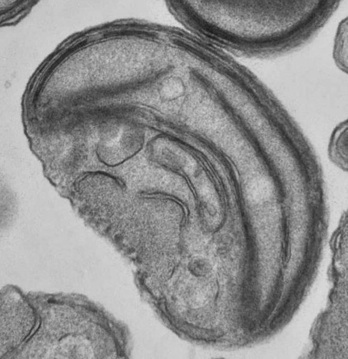 Having recently re-read about prokaryotic (cells without a “nucleus” of genetic material, typically found in bacteria) and eukaryotic cells (cells with a nucleus, which make up animals and plants), the fantastic complexity of even a single bacterial cell becomes almost overwhelming. How did phospholipid membranes evolve to surround the cell and allow a liquid environment within the cell to be protected from another liquid environment outside the cell? Is it possible that out of a primordial soup of simple compounds, complex proteins and genetic material capable of replication (DNA) evolved mechanically? It is in this area that science currently struggles for answers.

Lennox comes to the conclusion that science has not “buried” or removed the need for a higher intelligence, although some of the deductive reasoning he uses is difficult to follow.

After reading this book, one is left with an impression of a vast, rapidly changing subject which requires significant study on different scales. And how does this relate to the great religious teachings such as Hinduism, Judaism, Islam, Buddhism, and Christianity, all of which at heart appear to offer the possibility of conscious evolution for humanity?

A summary of cells, including their structure, function and evolution can be found at:-

A summary of the Second Law of Thermodynamics can be found at:- http://en.wikipedia.org/wiki/Second_law_of_thermodynamics 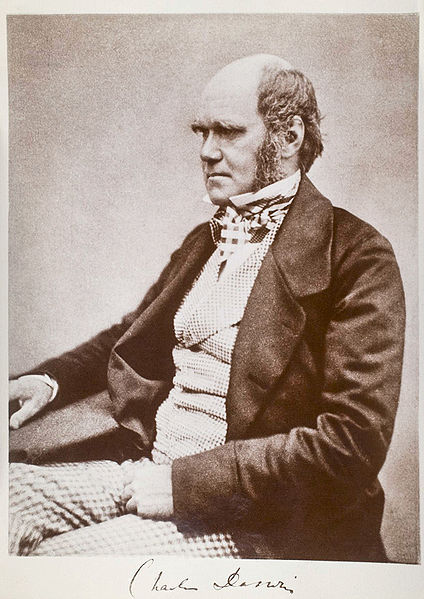