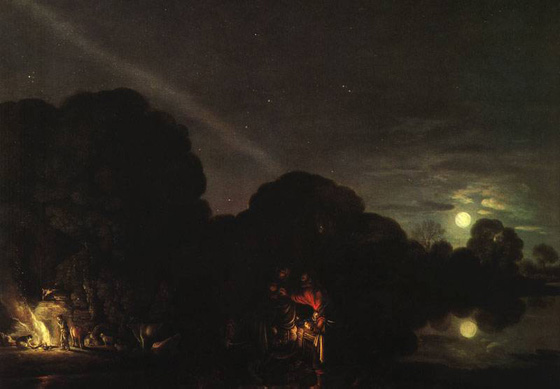 The paintings of Adam Elsheimner were shown at the Dulwich Picture Gallery, September- December 2006

Elsheimer’s works are not well known, although he was a major influence on the development of narrative, landscape and the depiction of interiors, and on Rubens, Rembrandt and Claude Lorrain in particular. Informed of his death (Elsheimer was only 32), Rubens wrote: ”Surely after such a loss, our entire profession ought to clothe itself in mourning. It will not easily succeed in replacing him: in my opinion he has no equal in small figures, in landscapes, and many other subjects. He has died in the flower of his art, while his corn was still in the blade. One could have expected things from him that one has never seen before and never will see. Fate had only shown him at the very beginning. For myself, I have never felt my heart more profoundly pierced by grief than at this news”.

After leaving his native Frankfurt, Elsheimer developed his technical skills as a painter in Venice, and then lived the last ten years of his short life in Rome. Inevitably, he was a painter of his time. The understanding of presence by painters seems to be have been lost early in the Renaissance, and although he did not use his own family as models for the Holy Family (as one post-Renaissance painter did), one will look in vain in Elsheimer for portraits depicting quality of being. Nevertheless, there is something extraordinary about these small paintings- small because almost all were painted on copper, and since copper buckles easily, it limits the size. Not only is the detail in these paintings remarkable, but the sense of light. They are luminous- one feels that he and Samuel Palmer were brothers-and the religious devotion of the painter is quietly there.

This exhibition shows all but two of the paintings which have survived, including the only recently reassembled The Finding and Exaltation of the True Cross (The “Frankfurt Tabernacle”), an altarpiece of seven pictures. Elsheimer was a member of a circle of artists and scientists in Rome and familiar with the then recent discoveries in astronomy, which had revealed that the Milky Way was made up of many stars. The sky in The Flight into Egypt is so precisely depicted that it has been possible to calculate on which day in 1609 it was painted.

The Flight into Egypt 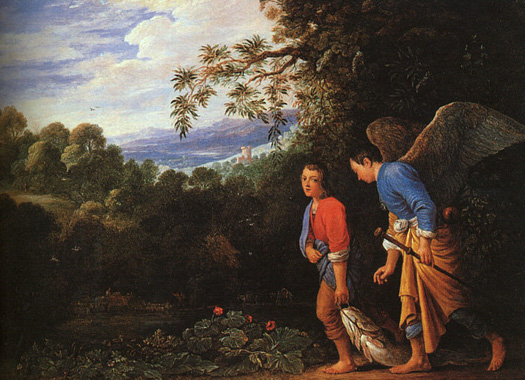