What is it about this small area of England that has always drawn me back, since the age of nine? The Lake District contains within its boundaries England’s highest peak (Scafell Pike), and deepest lake (Wastwater), but these are miniscule compared to other mountains and lakes in Europe. However – the wildness, beauty and variety of the fells is manifestly on a grander scale than any other part of England, and walking here can be very demanding, due to the rough terrain and highly unpredictable weather.

From the age of seven, I remember reading the Swallows and Amazons books by Arthur Ransome, which were based on his holidays as a child in Coniston, in the south western part of the Lake District. I was gripped by the description of the mountains, lakes and the adventures of camping on islands, midnight sailing and fighting with pirates. On my first visit, aged nine, I can remember running around the edge of Tarn Hows, with our beloved border collie Tippy. The ruggedness and scale of the surrounding fells, and the contrast with our home in a London suburb made a deep impression. From my first purchase of the Ordnance Survey walking maps of the area – there was something else that called me back – the extraordinarily evocative names of the fells. Blencathra, Great Gable, Crinkle Crags, Fairfield, Helvellyn, Haystacks and Pillar to name but a few – whose names originate from Viking, Celtic and English people who worked these lands from ancient times. These names invited exploration, and over a number of visits with friends and family, I’ve walked a number of the fells and valleys in all seasons and in a wide variety of conditions ranging from cloudless hot days to blizzards, fog and four feet of snow.

These walks have brought a number of vivid experiences that have shown me the benign, playful and even hostile conditions that nature can provide within a matter of hours. Hills, no matter how small, are to be respected – they help us feel our rightful position as passing travellers on this planet, and for many they also symbolise an inner yearning for the higher or deeper part of ourselves, the part which is so rarely accessible to us and is not under our control. Long fell walks have shown me unequivocally how quickly outer events can affect our state – the transition from elation to concern to downright anxiety depending on our physical state (how hungry and cold we are) and on how far we have to travel before it gets dark. The most memorable walks have been those where we did not know the outcome, and due to weather conditions there was an element of risk involved – would we reach the top or complete a traverse of a ridge? I recall as if it was yesterday the sheer terror at being lost and having to go over the summit of Dow Crag in blizzard conditions in May with a 600 feet drop on one side, followed by an almost laughable relief when 2 fell runners arrived as if they were taking a stroll in the park and showed us the right way.

The most physically demanding walk so far was a 22 mile hike on the Eastern fells, around the Kentmere valley and Haweswater one August. It required almost 5,000 feet of ascent (having to ascend to 2,500 twice with a descent to Haweswater in between), and I wasn’t certain I would be able to finish the route in a day. From the initial early start there was an all pervading sense of excitement as I gradually ascended the Kentmere valley ridge feeling that I could walk forever. I didn’t meet anyone else for the first 5 hours. My only companion was a solitary golden eagle who was glimpsed briefly ahead on the path before flying towards some inaccessible crags. Then there was the arduous descent to the lake, and in the heat of a hot summer’s day, the exhilaration of stripping off and plunging into ice cold water. The second half of the walk became more of a war of attrition – the exhilaration wore off and stiffness of limbs and tiredness settled in. Every step of the last three miles on rocky paths was agonising due to large blisters on both my feet. But that 14 hours of physical struggle made me feel so alive! Why do we not put ourselves in these kinds of situations more often? On an ascent of Scafell Pike with one of my closest friends, we reached a bank of cloud that gave visibility of less than three yards. There was a real inner struggle about whether to try to press on and take more of a risk or to heed the increasingly strong instinctive warnings that we were close to some enormous precipices and could easily take one step too many. Eventually, survival instinct won and we abandoned the walk.

On other trips, there have been some memorably laughable moments as well – sliding over 500 feet down Bow Fell on thick snow, and being stuck in waist deep mud on a path whilst another walking party went past as if I didn’t exist. The first time my wife and I visited the Lakes together, our first walk aimed to reach the top of Skiddaw, one of the highest peaks, and we were caught in a snowstorm on the summit. My attempts to show Polly how to come down the mountain by “zigzagging” caused much amusement because the so called experienced hill walker kept falling over! By contrast there have been occasions when we’ve set off in snow or heavy rain and when we reach the summit or ridge, the clouds are drawn away like a curtain to reveal breathtaking panoramic views of the surrounding hills and valleys that lift your heart and makes ones own difficulties seem very small.

Most experienced hill walkers visiting the Lakes will head for the south western area which contains most of the highest peaks including Scafell, Scafell Pike and Great Gable. They offer the most demanding walking and scrambling up loose scree slopes and steep, exposed paths that can be treacherous in bad weather. Our favourite walks are centred on Ambleside, a small bustling town just north of Lake Windermere. There are some lovely low level walks up to Grasmere and Loughrigg, and for those wanting a demanding day walk, there is the mighty Fairfield Horsehoe, an 11 mile ridge walk that will blow away all your urban cobwebs and day to day cares, or Helvellyn – with it‘s narrow Striding Edge which makes you feel as though you are walking on top of the world. There is one particular spot which I always try to go to – a tiny medieval bridge over a stream above Ambleside, called High Sweden Bridge. I have spent hours by that bridge, pondering on a number of questions and events, being refreshed by the sound of the water on the stones and the silence of the hills.

Apart from the Ordnance Survey maps, I would recommend the guides of A.H. Wainwright for anyone wishing to explore the fells. Ultimately though, the greatest pleasure is to find one’s own way up and around the fells and lakes. It is a place that I will never tire of, and I hope to continue exploring and getting to know the hills with our children for many years to come. 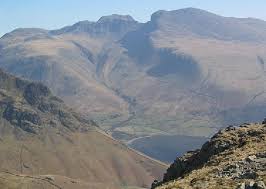